Shilpa Shetty’s husband Raj Kundra has been in the headlines of late for all the wrong reasons. He has been arrested for his major involvement in a case related to the alleged creation of pornographic films and publishing them through mobile apps. Kundra and 10 others have been taken into custody for the same.

Raj Kundra has been booked under sections 420 (cheating), 34 (common intention), 292, and 293 (related to obscene and indecent advertisements and displays) of IPC besides relevant sections of the IT Act and the Indecent Representation of Women (Prohibition) Act. 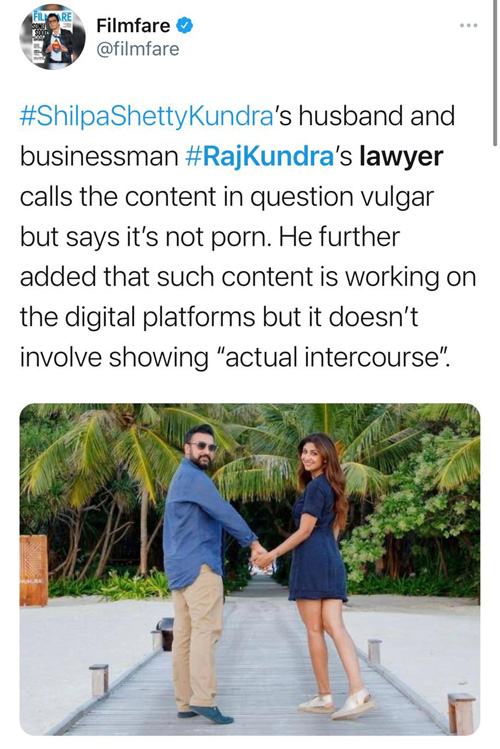 People have bashed the lawyer on social media and called his statements ‘utter nonsense.’ 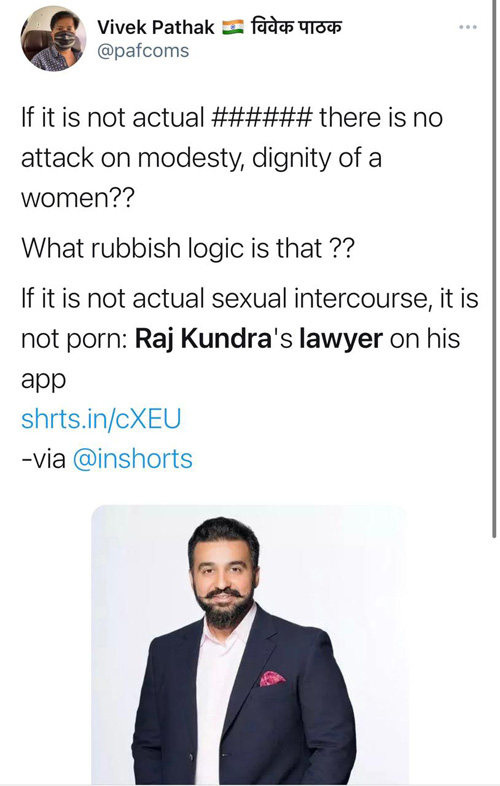 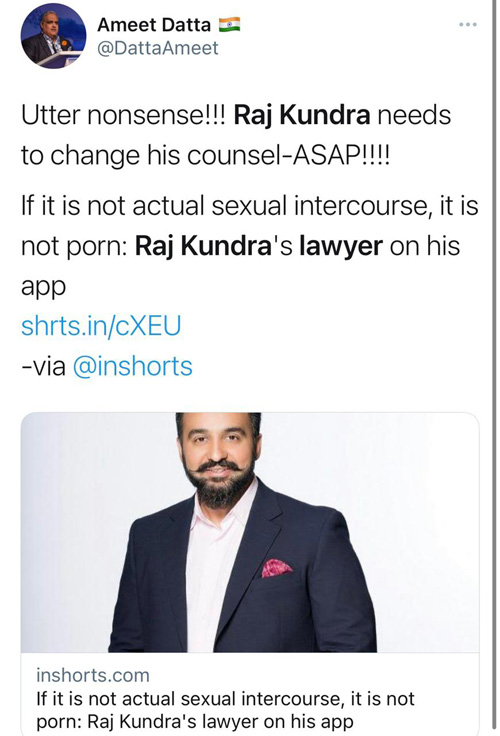 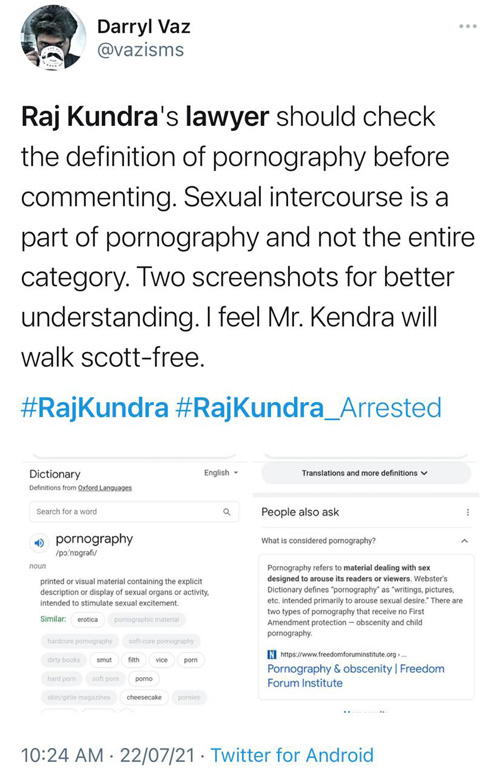 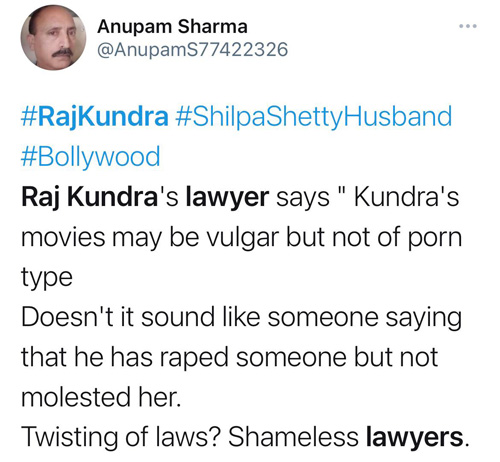 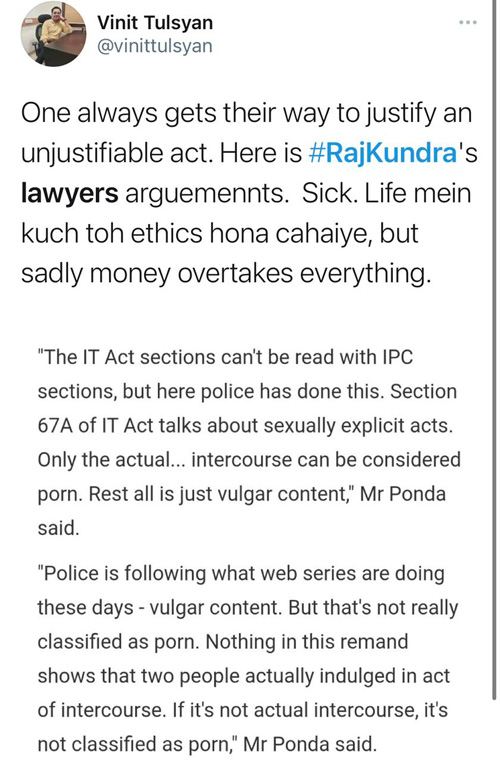 Do you agree with people’s reaction to the matter? Let us know in the comments section below.