Their backs were against the wall for the majority of the game but still, the Indian team never gave up and continued their fight, took the game deep and eventually, came out on the right side of the result, clinching the series with a game left.

If there is one team in world cricket that seems to have removed the word impossible from its dictionary, it’s India.

Winning against all odds has become a habit of the current lot of players and they did exactly that in the second ODI against Sri Lanka in Colombo. 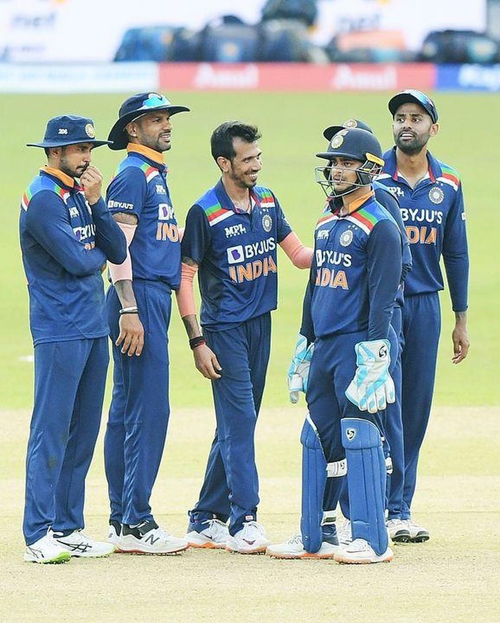 After the dominating win in the series opener, the touring party faced tough competition from the hosts who were fighting to keep the three-match series alive.

Halfway through the Indian innings, Sri Lanka found themselves in a commanding position from where only one result seemed possible -- India’s defeat, who had lost all their recognised batsmen.

The loss seemed imminent and some fans had even switched off their television sets and went to bed. However, they didn’t know that they would regret their decision for many months or even years.

Not much was expected of Deepak Chahar and Bhuvneshwar Kumar -- India’s two new-ball bowlers -- but their knocks took India over the line and proved why cricket is called a game of great uncertainty. 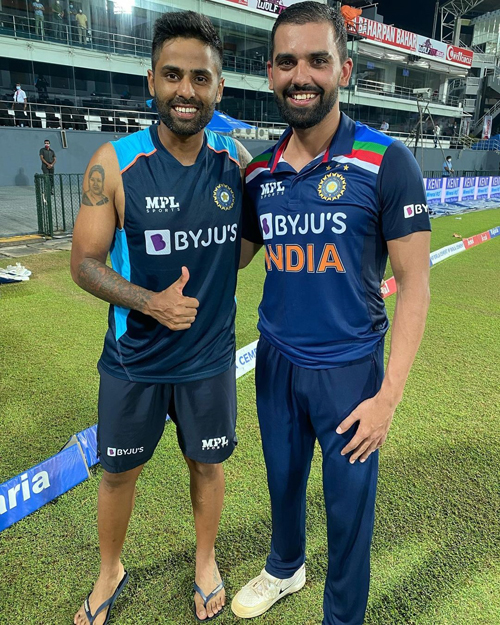 After the memorable win, the Indian players, including Suryakumar Yadav, Hardik Pandya, Ishan Kishan and others, decided to celebrate like never before.

The players and a few members of the support staff gathered in the hotel's common area and sang their hearts out, with karaoke playing in the background.

Suryakumar Yadav, who scored an important half-century batting at number five, streamed the event live on his Instagram account.

Chahar and Bhuvi, who were the reason why India won the game, were absent from the celebration and it made fans a bit unhappy.

Hardik and Ishan Kishan who flopped in the game faced the brunt as people questioned what had they done to deserve such celebration.

While fans showered their love on Suryakumar Yadav for his brilliant knock, watching Hardik singing like a 'college boy' during the karaoke session made fans angry and they asked him to concentrate more on his batting and bowling. 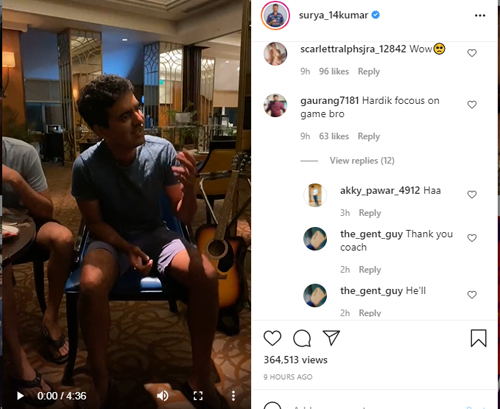 However, the number of haters was minuscule compared to those who loved the jam session. Some even suggested that the players should do this more often. 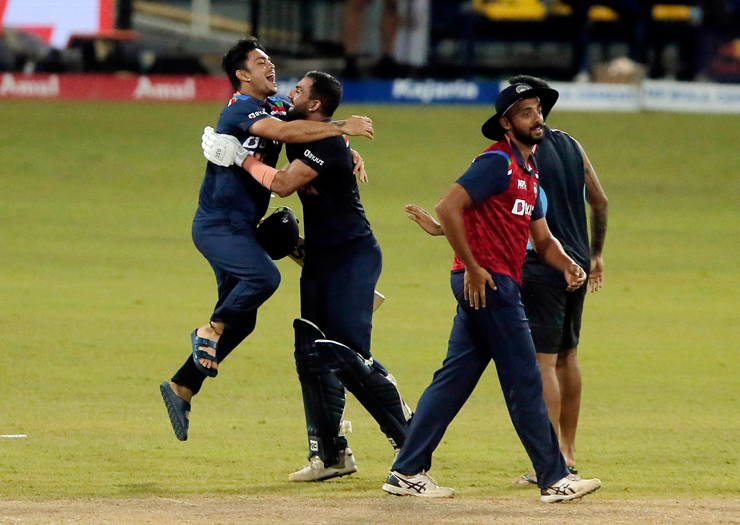 As Rahul Dravid said in the dressing room, it was not the time to talk about individual performances as each contribution, big or small, contributed towards the win.

The players celebrating each other’s success like their own speaks volumes of the team culture and shows that the team is headed in the right direction.