Before the Sri Lanka series began, most of the experts and fans were focused on Hardik Pandya’s form and fitness -- whether he would start bowling again and solve India’s problem for a genuine fast-bowling all-rounder.

Two matches are gone and India have already taken an unassailable 2-0 lead in the three-match ODI series but we are yet to see any significant contributions from Hardik.

He didn’t get a chance to bat in the first match but got out without troubling the scorers on Tuesday. 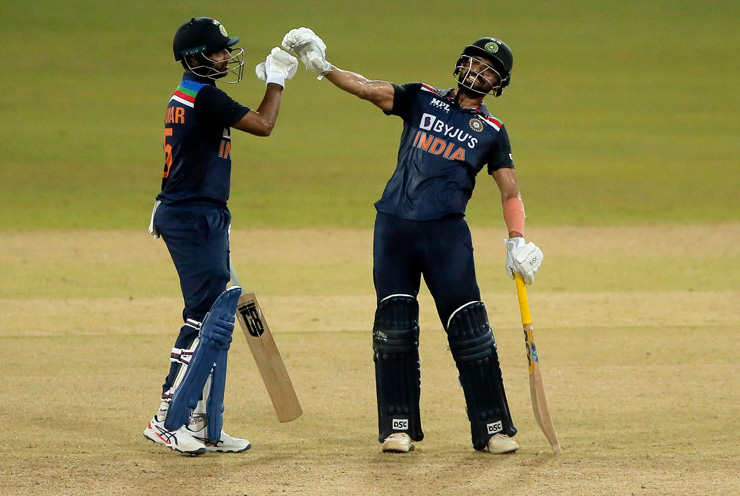 Chasing a target of 276, India were in a spot of bother having lost four wickets with just 115 runs on the board. The stage was set for Hardik to prove his haters wrong but he failed miserably.

As they say, one man’s loss is another man’s gain, the same thing happened in Colombo as Deepak Chahar, playing as a mainstream bowler, played the knock of his life and scripted a memorable win that nobody saw coming.

Chahar walked in to bat with the scoreboard reading 160 for six but instead of caving into the pressure, he faced the challenge front-on and played a mature innings, something which was expected of the mainstream batters and not him.

By the time India crossed the finish line in the final over, billions of fans had got their new batting hero in Deepak Chahar.

After his ‘Man of the Match’ performance, his comparison with Hardik was only imminent, with fans arguing how Chahar’s one knock has made things even more difficult for the Baroda player.

#INDvSL
* Performance in this match *

Deepak Chahar in place of Hardik in ODI @BCCI what a top class innings.. @hardikpandya7 he needs to something to secure a place in ODI.. If he can't bowl, don't think so he should be playing in X1

With this confidence and hitting ability, Deepak Chahar can give Hardik Pandya a run for his money across all formats.

Hardik Pandya is all-rounder, but Deepak chahar and Bhuvi played the all rounder's role.. #INDvSL

It is high time india should think beyond Hardik Pandya
The temperament shown by deepak chahar is top class.
Deepak chahar, shardul Thakur, These are our genuine all rounders

Playing just his fifth ODI, Chahar was sent ahead of the more experienced Bhuvneshwar Kumar and when asked about the decision, he thanked head coach Rahul Dravid, who had seen him bat for India A, for showing faith in his batting ability.

“Only one thing that was going on in my mind: this is the kind of innings I've been dreaming of. No better way to win the match for the country. Rahul sir told me to play all the balls. I've played a few innings with India A and I think he has belief in me. He told me he thinks I'm good enough to be a No. 7. He has belief in me,” Chahar said at the post-match interview, after receiving his Player of the Match award.

Fans are excited and that can be understood as nobody gave India the chance to get close to Sri Lanka’s total let alone win the match but Chahar and Buvneshwar Kumar showed great fighting spirit and took the team over the line with a crucial seven-wicket stand. 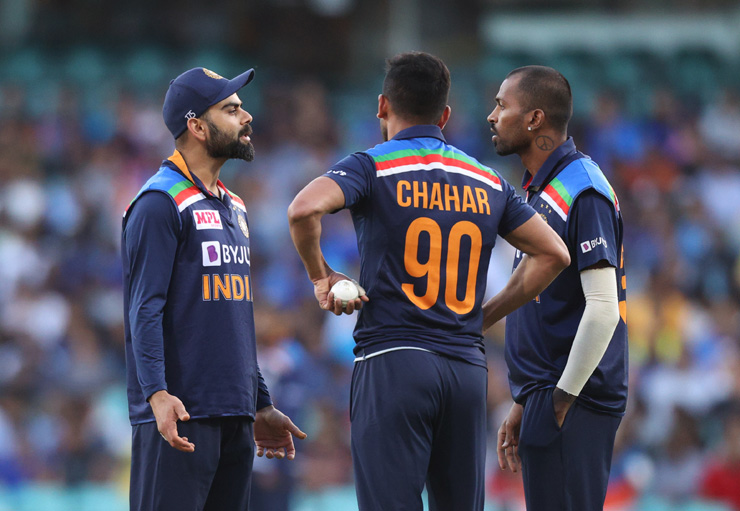 That said, while celebrating this epic victory, we must not get carried away by just one performance and forget that Hardik is a far superior batsman than Chahar and holds the key to the team's overall balance.

Chahar, on the other hand, has definitely strengthened his case for the T20 World Cup later this year.