Pakistan fans won't be able to watch their side's upcoming limited-overs series against England which begins next month. Earlier this week, Pakistan's federal minister for information and broadcasting Fawad Chaudhry shocked country's ardent cricket fans when he announced that all six matches on the upcoming tour of England will not be telecast live in the country because they have decided not to do any business with an Indian company -- Sony Pictures Sports Network (SPSN) which holds the broadcasting rights for the South Asian region.

“Indian companies hold the rights to broadcast [matches] in South Asia …. and we cannot conduct business with any Indian company,” Chaudhry was quoted as saying by Geo News. 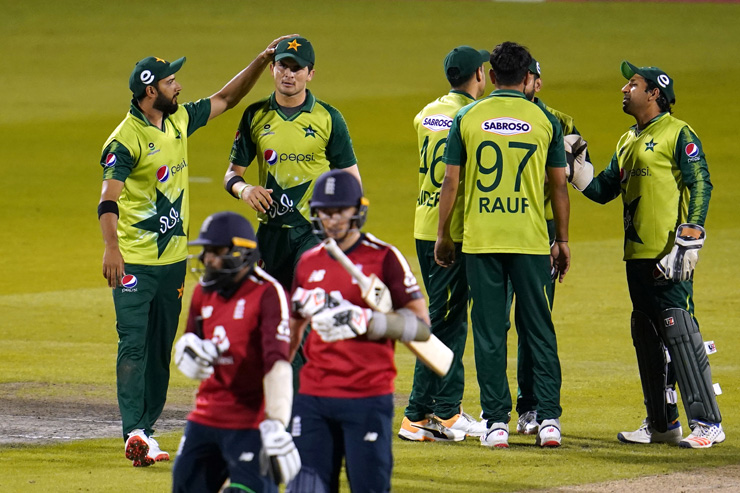 After the decision, the Pakistani fans crticised their government's decision and called out their double standards, describing it as "just a publicity stunt" and "worst decision ever".

A large number of Pakistani supporters questioned the Pakistan government's hypocrisy for adopting two different approaches for dealing with the same Indian company for securing rights for domestic league and international matches.

The ongoing Pakistan Super League  is being broadcast live on the Sony network, but when it comes to international matches the same network has been barred from entering into an agreement with the Pakistani channel.

@fawadchaudhry Why then hire Indian Broadcasters for PSL?? Today decision is just a publicity stunt !!#pakvseng

PTV Sports will not broadcast cricket series of Pakistan tour to England 2021
This is going to be the Worst Decision ever made by Govt of Pakistan#RizwanAhmadOfficial#PakvsEng pic.twitter.com/MV6yC6dxp4

You can hire indian broadcasting crew for PSL but when indian companies having broadcasting rights of #PakvsEng tour , you are refusing to deal with them . What should I say ? Dual Standards ... ? Lame excuses ....? 🤦🏻‍♂️

3 T20i and 3 ODI series between #Pakistan and #England
starting from 8th July wont be televised in Pakistan, says Information Minister @fawadchaudhry. This a a big loss for the cricket audience in Pakistan and a financial hit as well for state broadcaster.#PakvsEng https://t.co/kDtxN8m5N8

Going by the Pakistan's government's current stance, their fans could even be deprived of the live action from the T20 World Cup, scheduled to be held later this year, as the hosting rights of the multi-nation tournament are once again held by an Indian network.

The Pakistan cricket team is scheduled to depart for the United Kingdom on June 25 where they will play three ODIs and as many T20Is. The 50-over series will begin on July 8  in Cardiff, while the first T20I will take place on July 16 in Nottingham.