The Family Man 2 starring Manoj Bajpayee, Samantha Akkineni, and Sharib Hashmi has been streaming online and people have been pouring in positive reviews. The creators, Raj and DK, have already hinted at the third season and people are excited about the next part. Manoj also dropped a hint in an interview with Bollywood Bubble.

“Everyone is locked up. Let the world open, let this country open fully. And when they start working... I'm very sure they will be taking it forward with Amazon. When it is greenlit they will start turning the story into a screenplay because the story is with them, that is ready. If everything goes right, it will still take one-and-a-half years, or more than that, for the third season to be ready,” he said.

The fans are still reeling under the hangover and a video released by Amazon hinting at the possibilities of Paatal Lok’s Jaideep Ahlawat being on board for part three has got them super excited. In the video, we can see Jaideep Ahlawat, who plays the role of Hathiram in the web series Paatal Lok, having a conversation with Sharib Hashmi aka JK from The Family Man. The conversation hints at a crossover.

JK mentions he is going on a trip with Srikant, but he can’t reveal details as it is ‘confidential'. Haathiram says that nothing is confidential when it comes to cops. When the two are conversing, Srikant calls Hathiram and their conversation somewhere puts a stamp on the fact that he might be a part of season 3.

People now want a crossover and want Hathiram to investigate what happened in Lonavala. 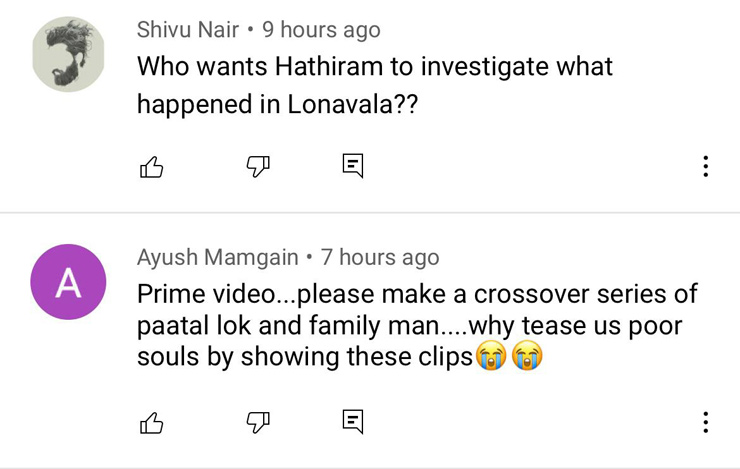 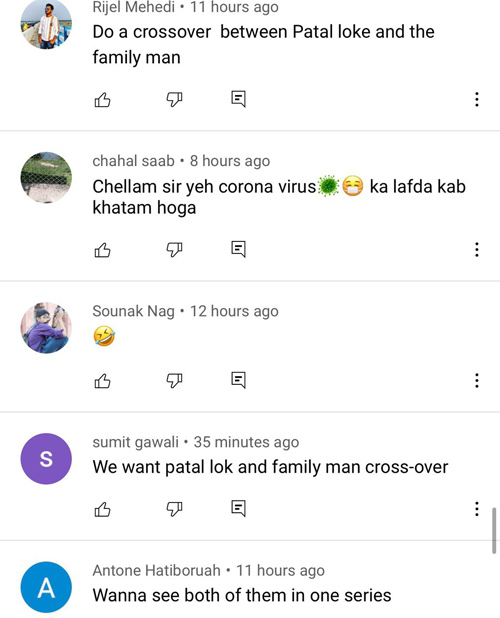 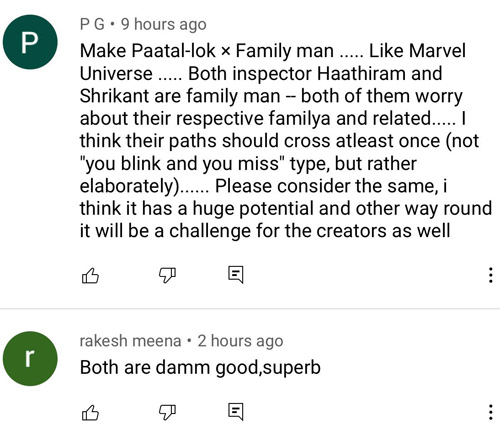 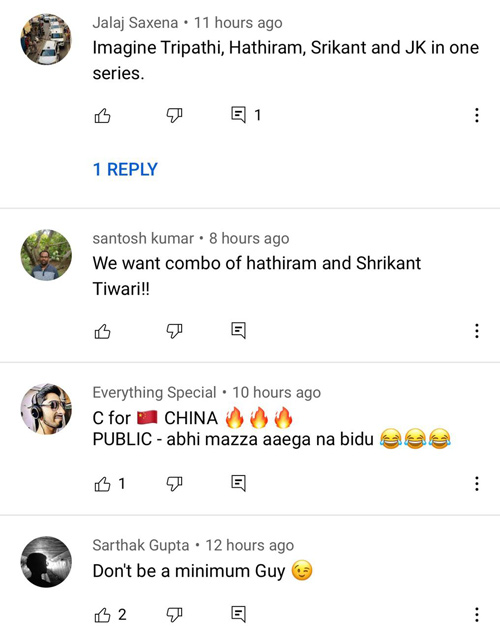 Excited about a crossover? Let us know in the comments section below.