Salman Khan’s Radhe: Your Most Wanted Bhai has become the first Indian film to simultaneously release on multiple platforms. Radhe has hit theatres today and it will also see the light of the day on ZEE5’s pay-per-view platform, ZEEPlex.

“It’s imperative that we all come together and think of out-of-the-box solutions for cinema as an industry during the current pandemic situation. We will support the theatre owners by releasing the film in as many theatres as we can, keeping in line with the rules and protocols laid down by the government. But, considering the guidelines and safety measures, we also need to devise ways to ensure that the film reaches all of our audience. We don't want to deny the audience the choice of entertainment in the comfort of their homes during these times," Salman Khan's spokesperson said in an earlier statement.

With the film releasing today, many people thronged to watch the movie on Zee5 and the website crashed completely because of so many people trying to access it.

However, people who got the chance to watch the movie have been sharing their opinions about it on social media. While some are calling it mass entertainment, some are finding it a complete waste of time.

Here are the reactions: 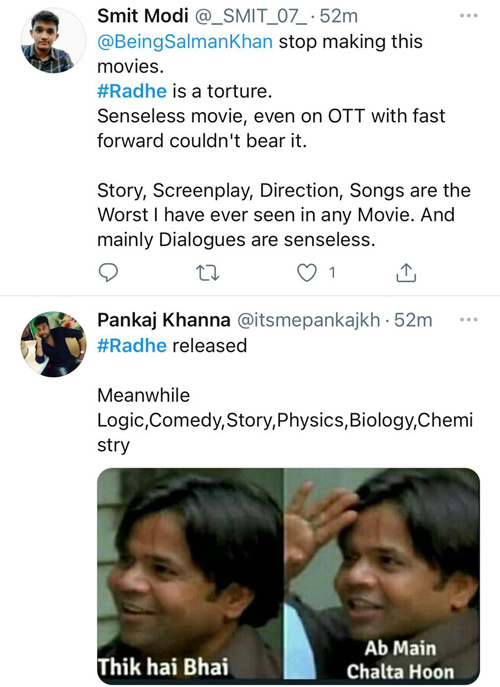 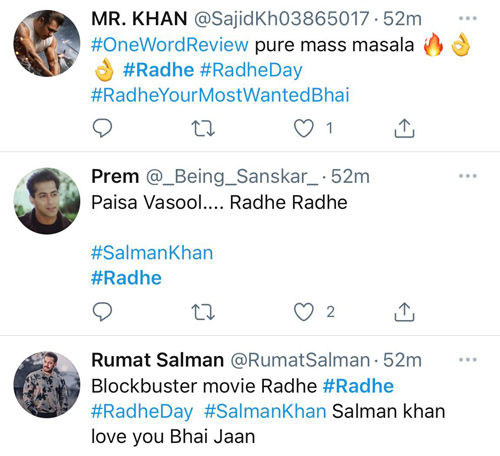 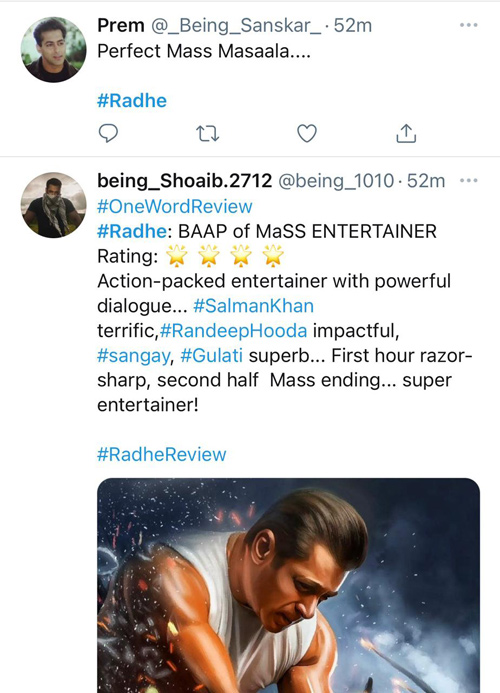 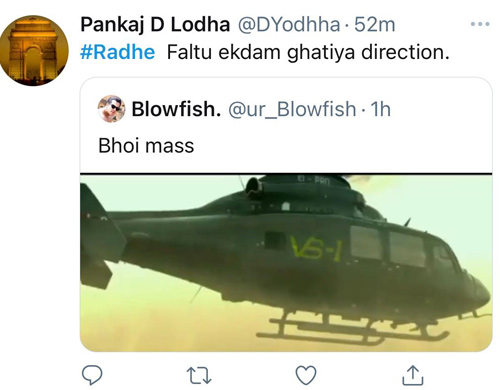 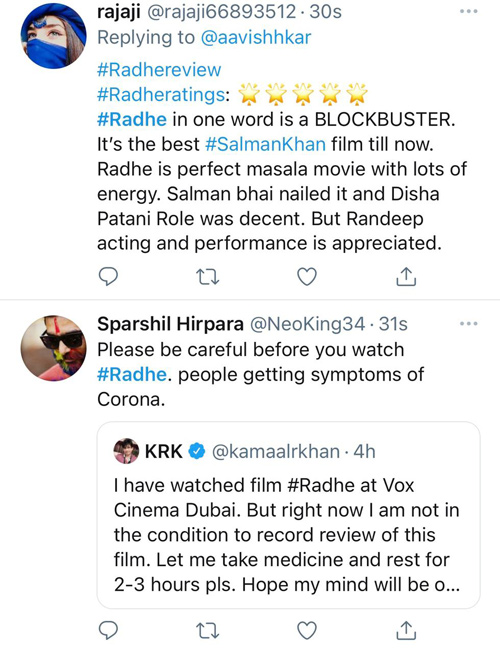 In an earlier interview with Firstpost, when Salman was asked what the viewers can expect from the movie, he had said, “You can definitely expect something different from Tiger, Dabangg, Bodyguard and Wanted. We will not repeat ourselves. It is new and I need you to see the film and tell me what is new. I am the same old Salman — which you have been seeing since Maine Pyar Kiya. The people who have watched Maine Pyar Kiya loved me, and they kept on loving me. From that one fan became a family and then another unit. I’m lucky and grateful that fans have been very loyal. So, from grandparents to parents to grandchildren, I have the following.”

Talking about the plot, Salman added, “The plot is that my character Radhe makes a commitment to this child whose friend dies, and then Radhe goes all out to clean the city. We have three villains — Sang Hae (from Bhutan), Gautam Gulati, and Randeep Hooda. These actors have made Radhe look much stronger and bigger. With all that, we have Jacqueline; there is comedy, romance, and the first time I have ever kissed a duct tape in a movie. That duct tape was on Disha’s lips. When people ask me: ‘You have never kissed on-screen?’ So yes, this time I kissed on screen but not on the heroine’s lips, it was duct tape that I kissed. Like in Maine Pyar Kiya, I kissed Bhagyashree's lipstick mark from the other side of the window.”

Have you watched the film already? Let us know how you liked it in the comments section below.