It was the year 2001, social media, ‘influenza’ culture, travel and fashion bloggers were terms we didn’t even know and life was simpler. An iconic movie, which was way ahead of its time, which led a full revolution of how we perceived men’s fashion (courtesy the jazzy cuts and the ‘goatee’) and established how every group of friends just wanted to end up in Goa, casually released and changed the way we saw life. I am talking about Dil Chahta Hai, a film which was not just a script but an emotion which has continued to stay with us even after 20 years of its release. Here are some lesser-known facts about this epic movie which might surprise you if you’re a true fan:

1. The original choice of the lead cast was in fact Hrithik Roshan, Abhishek Bachchan and Akshaye Khanna. When Hrithik and AB didn’t sign up for this wonderful ride, Farhan Akhtar had to legit wait for over 10 months before he could meet Aamir Khan and convince him for this project. Also, Akshaye had originally signed up for playing Akash’s character but things changed after Aamir came on board. Aren’t we all GLAD this happened? Can't imagine anyone who could flawlessly play the role of this pensive painter. 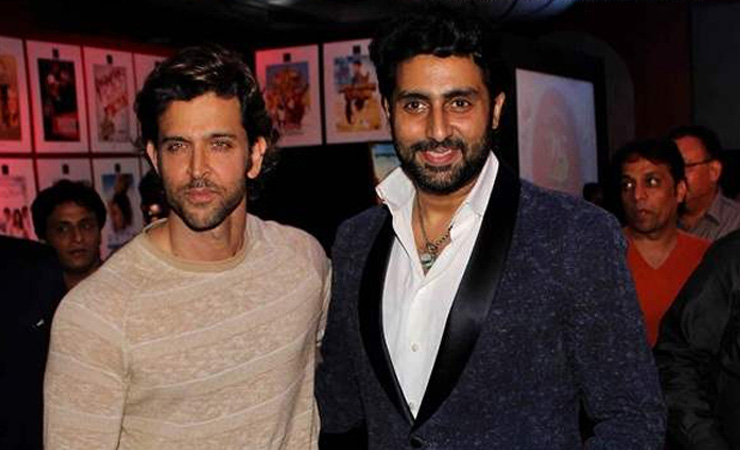 2. You know about writer's block? Similarly, the wonderful music maestros of this album, Shankar, Ehsaan and Loy were trying to come up with the title song. The three of them, along with Farrhan, went to Lonavla for 4 days to just relax and rattle their minds.  When they came back, the entire soundtrack of the movie was written and planned. We all witnessed the magic that ensued later.

3. Talking about the title track in particular, the tune of ‘Dil Chahta Hai’ came to Shankar Mahadevan’s mind when the musical genius was just brushing his teeth one morning. Yeah it was THAT smooth! Also, the words ‘chamkeele din’ were initially not finalised because Farhan thought it sounded like a jingle for a detergent. Little did he know that this music and this movie would go on to give us so many ‘chamkeele din’.

4. The beautiful scene where Sid is explaining Deepa about how she needs to let go of Akash and the reference of holding sand in our hands is actually a literal ode to Edgar Allen Poe’s poem A Dream Within A Dream.

5. I remember how I was fascinated with the beauty of Australia and I am pretty sure, this movie became a big reason why so many of us eventually visited the country. But the original script had Akash and Shalini falling in love with each other in New York. Since it was Winter over there, the script shifted the aesthetic background to Australia.

6. Farhan and Preity first met when she landed in Mumbai for her audition for Kya Kehna. It was at that time that he told her that whenever he would make a film, she would be a part of it.

7. In case you are wondering how the storyline came into place, then not many people know that it was inspired by Farhan’s trip to Vegas with his friends and a loose script which was handed to him by his friend. Everything got stitched together and DCH happened.

8. The visualisations of every song in the movie are remarkable. My personal favourite was the way Wo Ladki Hai Kahan was shot. It was very different and what a refreshing change. While the choreography genius behind this was Farah Khan, the idea of having a film in a film was originally Arjun Bhasin’s idea, who was the costume designer.

9. For a movie which was so progressive in that period, it wont come as a surprise to you if I tell you that the original script and dialogues were in fact written in English.

10. After the huge success of this movie, Farhan had suggested that he would like to make a sequel to this iconic movie with an all-female cast. Well, it's 20 years and counting, but on the other hand, some things can never be remade, right?