It was actor Josh Brolin's birthday yesterday. He turned 52 and his friends, family and fans from across the world took to social media to wish him. Brolin, who played Thanos in the Marvel Cinematic Universe (MCU) and Cable in Deadpool 2, can easily be considered one of the biggest and dangerous supervillains who's a 'pain in the a**' for every superhero out there.

Despite Brolin being their biggest arch-enemy in the reel-life, it seems like the superheroes love him a lot in real life. And they made sure that this was conveyed to him on his birthday. 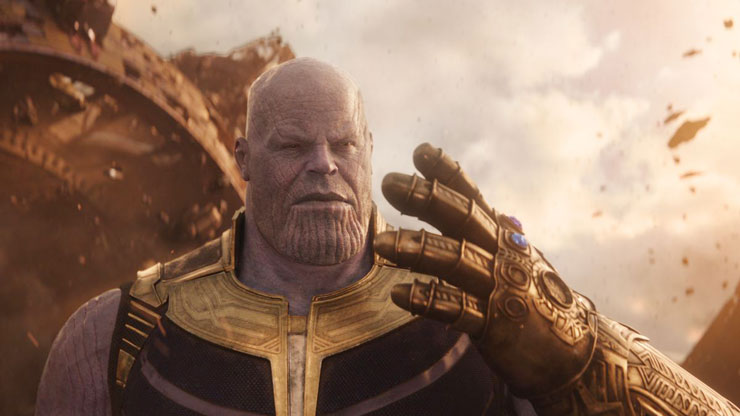 Yesterday, Deadpool aka Ryan Reynolds posted on his Instagram this picture of Brolin as Cable and wrote, "Happy Birthday to my big strong man, @joshbrolin." Is it just me or does Brolin look really similar to Ryan in this picture?

Now, actor Robert Downey Jr. shared this throwback video when the Avengers assembled, not to destroy Thanos, but to sing Happy Birthday for Brolin. This 'blast from the past' video is from the sets of Avengers: Endgame. He wrote on Instagram, "Another trip around the #sun #brother @joshbrolin ... You wear it well â¥ï¸ ... #blastfromthepast #flashback #waybackwednesday #avengers #happybirthday #thanos."

Brolin, who was touched by this video and his co-actors' gesture, replied to Robert's post and wrote "Brother. Truly. Love You."

That Thanos wiped out half the Avengers at one snap of his fingers is another story, but this video and the love and respect these actors share for each other is truly wholesome.