When you look at Pullela Gopichand, you would straight away find out how simple and genuine the man really is. Having brought a series of laurels for the nation during his days as an active shuttler, there is not an ounce of arrogance in him. Composed and never the one to make any controversial comments, Gopichand is all about staying behind the scenes and letting his work talk for him.

So when he decided to open up about things going south between two of his best students and the face of modern badminton in India, it was definitely a surprise.

In his upcoming book titled "Dreams of a Billion: India and the Olympic Games," the national head coach has spoken at length about what went wrong in his relationship with 2012 Olympic bronze medallist Saina Nehwal and how he wished things would have gone in a different direction.

In one of the chapters in the book titled "Bitter Rivalry", the former All-England champion expresses his thoughts of Nehwal leaving his academy in Hyderabad following the 2014 World Championship and joining Indian legend Prakash Padukone's institution to train under Vimal Kumar in Bengaluru.

"It was as if something very dear was being taken away from me. Earlier, I had literally begged her (Saina) not to go. But by then she had been influenced by others and had already made up her mind. While I didn't want to hold her back and stall her progress, I knew this was something that wasn't beneficial for either of us," Gopichand revealed in the book.

Essentially, it was Nehwal who believed that Gopichand considered a younger PV Sindhu his priority and felt neglected around the upcoming star who shared her hometown with the coach. 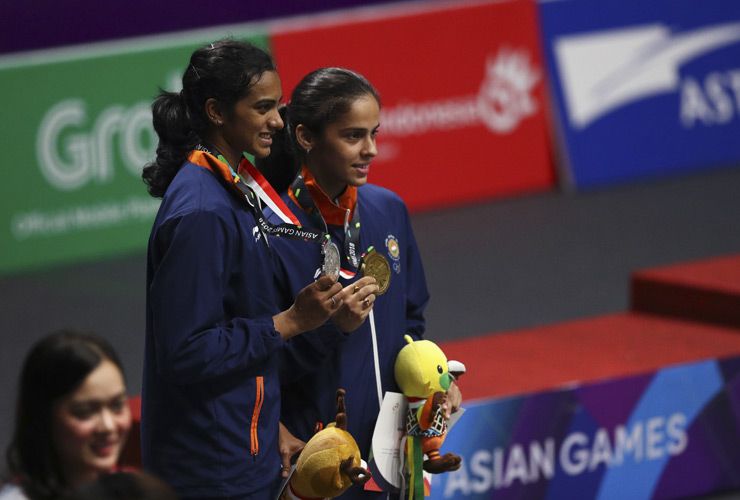 "Yes, I indeed had other players to look after and Sindhu had made serious progress in the two years between 2012 and 2014. But I had never intended to neglect Saina. May be I wasn't able to convey this to her," said the former World rank No. 5.

Gopichand also went on to talk about how upset it made him when Padukone, U. Vimal Kumar or Olympic former Olympian Viren Rasquinha didn't try to make Nehwal rethink this radical decision of hers and instead encouraged her to move out of Hyderabad.

"May be Viren or Vimal or Prakash sir could have spoken to her. I don't know why they didn't. In fact, they encouraged her to leave Hyderabad. It is a mystery to me why Prakash sir has never said anything positive about me while I have always looked up to him as my role model.”

Two years after moving out of Gopichand's academy, Saina had a horrible run at the 2016 edition of the Olympics when she got eliminated from the quadrennial tournament in the early stages and carried a career-threatening knee injury back home from Rio de Janeiro.

"It was clearly the worst phase in her life. She had lost early in the Olympics and it had wasted months and years of hardwork. Gopi sir wasn't with her anymore and she was soon to have surgery to get things back on track... She didn't really know what to do," Arjuna Award winner and Saina Nehwal's husband Parupalli Kashyap remembers her struggling days.

Letting go of her insecurities of the past, Nehwal made a career-decision of reuniting with Gopichand after securing the World Championships bronze in 2017.

I would like to thank Vimal Kumar sir for all the support ððð¥ pic.twitter.com/9WRRsD1aVa

"My wife is a perfect Haryanvi Jatni, if you know what I mean. She is just too headstrong and proud. She desperately wanted to go back to Gopi sir and say sorry. She needed him badly but she was too stubborn to admit it and open to him," Kashyap admits.

It is funny how a little bit of misunderstanding can create such rifts in a relationship. The duo of Gopichand and Nehwal seemed to be unbreakable back in the day but boy were we wrong. While Nehwal went on to win five titles during her time in Bengaluru and even went on to become World No. 1 in April 2015, the shuttler believed that it was time for her to go back to the coach who trained her from scratch.