An age-old precursor for women across the board before sexual intercourse is obviously to get on the 'pill'. Contraceptives are essential in every way for women who do not wish to procreate by having unprotected sex. Of course, it's on the woman to have better sense and either get on a hormonally induced birth-control pill, or probably wear a diaphragm, cervical cap or even insert an intrauterine device, to prevent pregnancy. 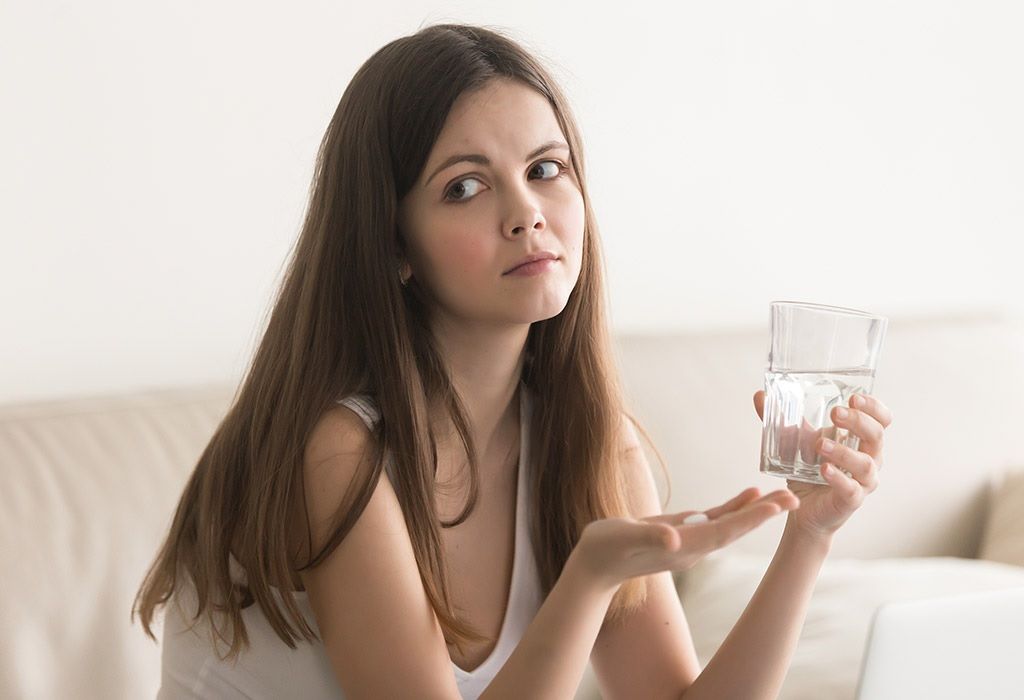 While it's become a default setting with most women, the side effects, pain thresholds and somewhat rogue(ish) mood swings at times are mere suggestions of how 'this is what life's really about'. Well, maybe it's time to change that thought process and include men into the picture a little less sporadically. Yes, condoms are obviously there and apart from acting like a contraceptive, they prevent both men and women from contracting various sexually transmitted infections and diseases but do all men really wear a condom during intercourse? Let's focus on a rural setting. The man of the house comes home after a debaucherous night with alcohol and wants to have sex with his wife. They have four children already, who're helping them make ends meet. He doesn't request but demands that she adheres to his basic carnal needs and yes, she does. They have sex, without protection and a few weeks later, she finds out she is pregnant again because he refused to wear a condom. 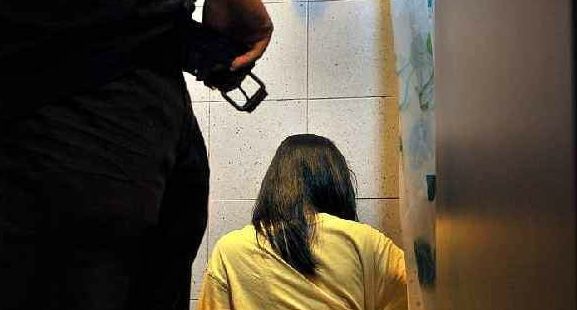 Now, let's focus on something similar kids do in college. While going out, drinking together is the best way to break the ice, getting drunk and having sex without a condom, out of an uncontrollable frenzy has become a dramatic piece of happenstance. No, I am not comparing a rural lifestyle to that of an urban one. I am comparing the basic flaw these two analogies have in common. The dismay in using the simplest form of birth control which is easily available. Procreation has become the woman's responsibility and the only option men have as a 'forever' mechanism to birth control is a very painful vasectomy. Well, that's about to change very soon.

In our journey to achieve the most intense orgasms, we often bring along consent but condoms don't really feature as much as they need to and hence the women end up popping birth control pills, if they have the right means and access to them and if they don't, well, we're a billion plus people, for a reason.

But hold on, there might be an apt solution to this 'problem'. The 'Male Contraceptive Injection', which has been in the works for a while now has just come to India, and unlike most of its target audience, it's safe to use. The Indian Council of Medical research (ICMR) successfully completed the medical trials of the world's first injectable male contraceptive drug and it's ready to barge in to the Indian market, so that men can use it as an alternative to the painful procedure of vasectomy, which is currently the only form of male sterilisation available in the world. 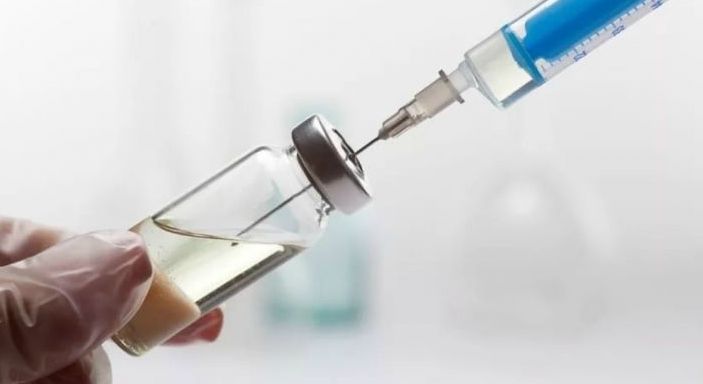 The injection does promise no side-effects except being injected on the sperm-containing tube near the testicles (vas deferens), a procedure that will be proceeded by anaesthesia of course. The process is called Reversible Inhibition of Sperm Under Guidance (RISUG) and it injects polymers  into the penis's vas deferens, that have the capability to hold back your sperm, when you fail to do so yourself! The promised shelf life of the injection is 13 years, which means you may need maybe 4 of these in your entire lifetime.

Other options like pills and gels are also going under testing but ICMR has certified this as a foolproof method to literally hold your horses, while having sex. ICMR is currently awaiting approval from the Drug Controller General of India.

But we didn't want to wait before asking the men around us how they feel about this specific medical breakthrough. of going through years in college and later, scrounging for rubber or just 'winging' it when it was too much of an effort to procure. This is what they had to say:

(1) "I'm okay with anything that involves not having to wear condoms, plus it's about time that we took the pressure of having to take morning after pills or the constant anxiety of getting pregnant off women and put some of that pressure on men" Siddhant Rai, 27, Special Project, ILN

(2) "Well it's better than vasectomy that's for sure. 13 years is not bad if you want to fuck around with minimal consequences. It might appeal to people in their 20s. Actually, it can appeal to any age. Personally, I think I'm too old for this. Probably I would probably like to procreate some day." Deepro Banerjee, 35, Freelance Video Producer

(3) "Even though I haven't used contraceptive injections yet I feel it's a great product (provided its success percentage is better or equal to the other options available in the market).

Assuming it is a long lasting solution over condoms I feel it is a better and safer option. Also given that the experience of safe sex without a use of latex would be far superior to existing options available, I feel it is a step in the right direction keeping intact the importance of safety and also without the intimacy being compromised." - Amman, 37, Head-IPs and Experiences, ILN

(4) "I don't think there is a lack of intent in me or many other men around me. I would've liked the product even more if it could do more about STDs rather than just pregnancy prevention. Because I would still end up using other contraceptives like condoms for that. Also, I hope there are products which gives men an option for a shorter shelf life. I may not want kids now. But maybe 6 years down the line I would.

Although, I don't mind injecting my penis with a clinically tested and tried product as long as it gives both me and my partner a piece of mind after every intercourse." - Porus Kumar Singh, 28, Chief Program Manager

(5) "Honestly, I'm totally okay with the 'contraceptive' bit... It's the 'injection' that throws up many questions. Where will I be injected? How often will I have to inject myself? Is this a one-time thing or do I have to be ON it?

And yes, I'd consider using it if these parameters don't freak me out :) and of course, I'd like to talk to my partner and see how she feels about the entire thing as well." - Shomi Gupta, 37, Filmmaker, Writer

(6) "I welcome contraceptives for men.  Considering condoms aren't a hundred percent effective, and how adverse the side-effects of contraceptives for women are, this is pretty cool. The only reason I'd be hesitant to take them is that I'm afraid of needles haha." - Lakshman Parsuram, 30, Audio Engineer

(7) "Till date, women have had to deal with the consequences of unprotected sex. The contraceptive injection levels the playing field and provides an opportunity for men take up the responsibility of birth control. I always practice safe sex using protection but would open to a safe contraceptive option if my partner was uncomfortable taking a contraceptive pill." - Angad Khanna, 30, Head of Communications

Well, while expecting an absolute dismissal of the idea of contraceptive injections for men, the men I spoke to had balanced, well-rounded and positive views in favour of the contraceptive. It makes procreation bit more planned and not archaically non-negotiable and of course keeps the needs of the women right on top. Especially when men are being sensitive towards women popping a morning after pill, which is not the best alternative for her in the long run. 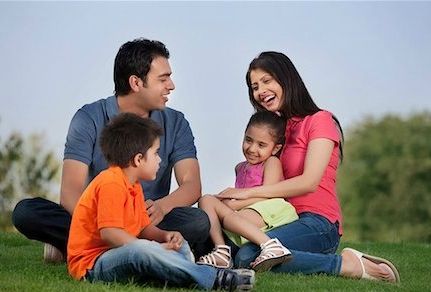 Well, we hope a significant breakthrough is made in this field and the government ideates programmes to initiate this procedure in most rural spaces in India. For now, we're waiting for the final approval and slowly and steadily accepting the whole and idea and thrill behind the new male contraceptive injection.