Tied with his arch-rival Cristiano Ronaldo at five wins apiece, Lionel Messi etched his name in the history books after claiming a record sixth Ballon d'Or trophy in a star-studded awards ceremony in Paris. In the process, Messi became the first player to reach the landmark, coming out on top of the 30-man nomination list which included the likes of Ronaldo and Virgil van Dijk. 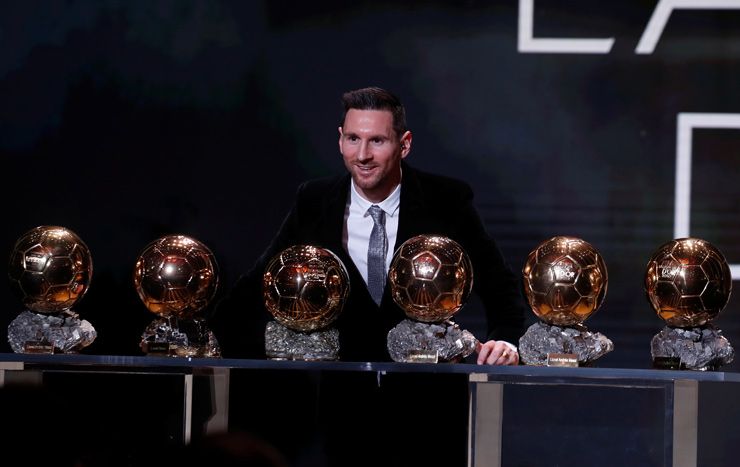 Messi and Ronaldo have dominated one of the football's most prestigious trophies over the last decade. Both had earlier won five Ballon d'Ors to prove they are in a class of their own. But, their dominance was eventually brought to an end by Luka Modric who won the coveted award last year.

But, for someone who won the trophy last year, Modric failed to find a nomination this year. While Messi lifted his record sixth award, Modric became the first Ballon d'Or winner not to be nominated in the next year's edition. But, despite failing to make the cut in the nomination list this year, the Croatian was all but praise for his Barcelona rival.

Sports and football are not just about winning, they're also about respect for your teammates and rivals. ð¤ #BallonDOr pic.twitter.com/0AvmMdrya1

Unlike his former Real Madrid teammate Ronaldo who snubbed the awards ceremony to attend Gran Gala, Modric handed over the Ballon d'Or trophy to the Barcelona talisman and then congratulated him on social media with a heartfelt message. "Sports and football are not just about winning, they're also about respect for your teammates and rivals," Modric tweeted alongside a picture of him handing Messi the award.

@Cristiano Ronaldo was named the Italian league's player of the year on Monday following his debut season at Juventus.

Ronaldo was at the Gran Gala del Calcio in Milan to collect his prize, instead of attending the Ballon d'Or ceremony in Paris where he was third in the voting. pic.twitter.com/X9kLP74BPA

Messi was La Liga's top goal-scorer in 2018-19 season as Barcelona beat Real Madrid to the Spanish league title. He had scored 41 goals in 44 club appearances so far for the Catalan giants across the calendar year which probably allowed him to hold off the challenge of Dutch defender Van Dijk who helped Liverpool bag the 2019 Champions League title.

While the social media was abuzz with Messi's record triumph at this year's Ballon d'Or awards ceremony, football fans across the globe also hailed Modric for his sportsmanship as he successfully proved football is beyond rivalries.

You will always be the best for me.

The greatest assist you have ever made ððâ¤

Last year when you won, these two spoiled brats - Messi and Ronaldo didn't attend. Looks like you valued the trophy and ceremony more than they do.