We desi people are so used to seeing the 'babu or VIP culture' here that we have started assuming that it's an unsaid norm and the global leaders too are following the same culture. But, not everyone follows the same culture and there are some who set an example for the world to follow soon after.

We're talking about the Swedish royal couple King Carl XVI Gustaf and Queen Silvia, who are currently on their five-day visit to India. Now, you might expect the royal couple to come in their private aircraft from Stockholm, but they chose an Air India commercial flight instead and carried their own bags after landing at the airport. 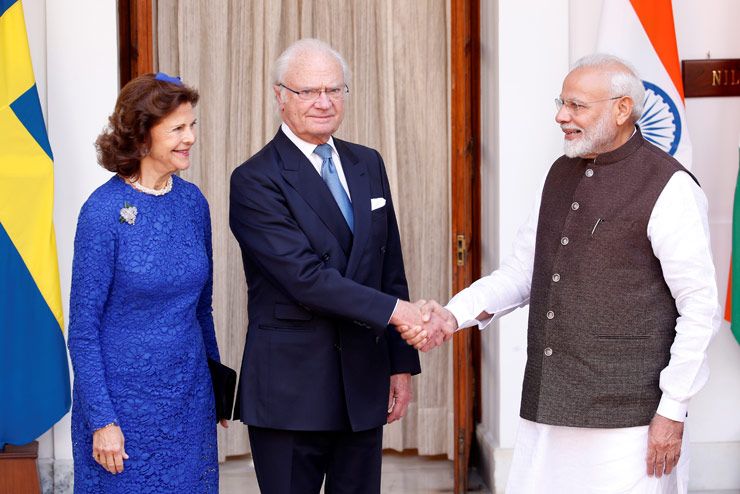 The official Twitter account of Air India tweeted about them travelling in Air India and wrote, "Very Proud moment for Air India when we had a Special Guest onboard. His Majesty Carl Gustaf Folke Hubertus , King of Sweden and Her Majesty Silvia Renate Sommerlath travelled AI168 Stockholm to Delhi. Ms. Sangeeta Sanyal Country Manager Sweden greeted the Royal guests."

Now, this is something we don't see happening every day and probably is what makes them different from Indians.

They may have just arrived in India, but they've already won hearts with their humility.

Inspiring to see a king travel by a commercial service and that too of another country's airline. In these times of economic slowdown can India's leaders not demonstrate the same frugality?

Royal Visit by a king and Queen and they carry their own bags!! This should be the new normal . They look like grand parents on a visit to the grandkids âºï¸ https://t.co/qKwD2XL5xH

Very very inspirational and humbling to see the King and Queen of Sweden carry their own bags on board. #Salute https://t.co/Qj7scmzJgQ

Wow carrying his own luggage. No vip business. When do we learn from them and shed the babu culture?

According to news reports, the Swedish royal couple will meet President Ram Nath Kovind, visit Jama Masjid, Red Fort and Gandhi Smriti in Delhi and will also travel to Mumbai and Uttarakhand.