It's great to see that there are so many advancements in the scarecrow industry these days. Scarecrows now look so lifelike and actually are alive.

That's because dogs are the new scarecrows, according to this trick farmers are using these days. Monkeys destroying their crops has become such a huge problem in the Malnad region in Karnataka that they had to come up with an extremely creative way to deal with it, and I'm pretty sure they came through.

Just look at this little tiger! 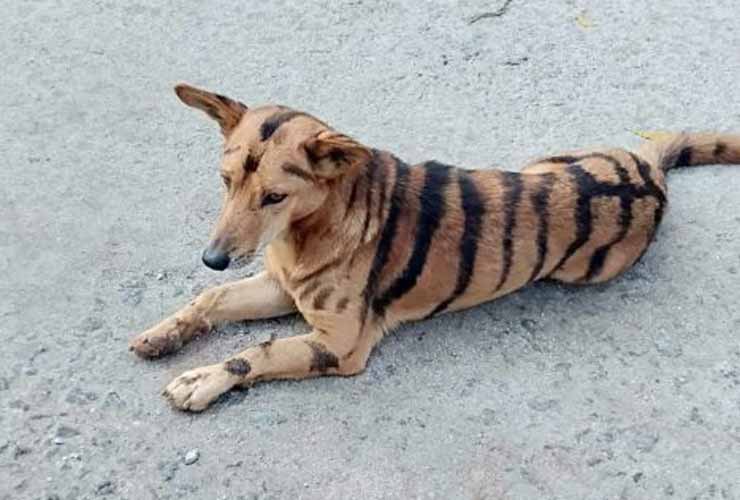 This was all inspired by an old, different trick a farmer named Srikanta Gowda, a resident of Naluru village, Thirthahalli taluk, saw about four years ago near Bhatkal in Uttara Kannada district. Basically, he saw a tiger-like doll used as a scarecrow and decided to bring it back to his village and placed it in his areca plantation.

Well, it worked and it actually scared off the monkeys. Honestly, I would've expected monkeys to be a little smarter but oh well, at least the crops were safe.

But, he realized this wouldn't last long so he had to come up with another alternative. He used hair dye to paint on tiger-like stripes on his dog and apparently, from a distance the dog actually looks like a tiger. The trick works, surprisingly!

Along with that, he even put up posters of dogs and tigers as a way to deter the monkeys.

Another creative way farmers are dealing with the monkey situation is by playing an audio recording of a dog barking on a speaker so all the monkeys are scared away.