Now that the Galaxy Fold has been launched in almost every region, there are rumours on the internet about other foldable smartphones by the company that might be in the works. There was a rumour that Samsung is working on a clamshell smartphone that will function similar to the new Motorola Razr. Similarly, the company might be working on a foldable tablet as well that will be able to fit in your pocket when folded. 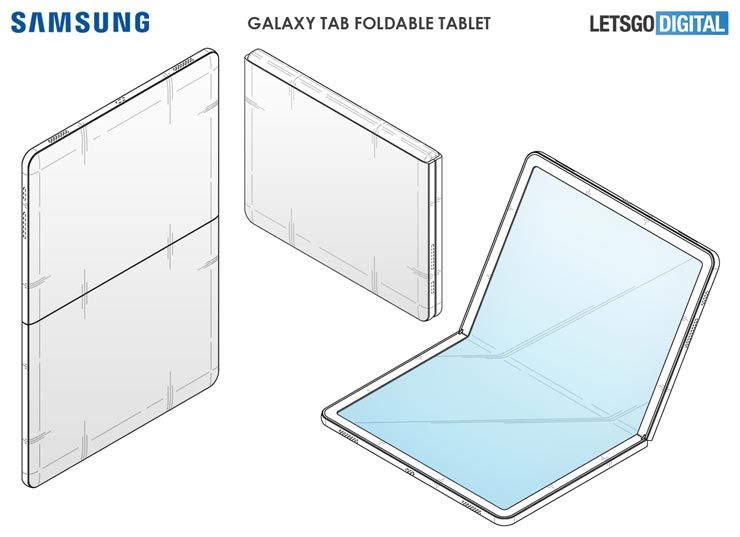 Samsung is said to be working on a Galaxy Fold 2 or a new iteration of the Galaxy Fold with updated hardware, but newly leaked renders show a foldable tablet. The device in question is a little larger than the Galaxy Fold. LetsGoDigital made some renders that show us what the final device may look like. It folds on its horizontal axis and can be used in landscape mode. 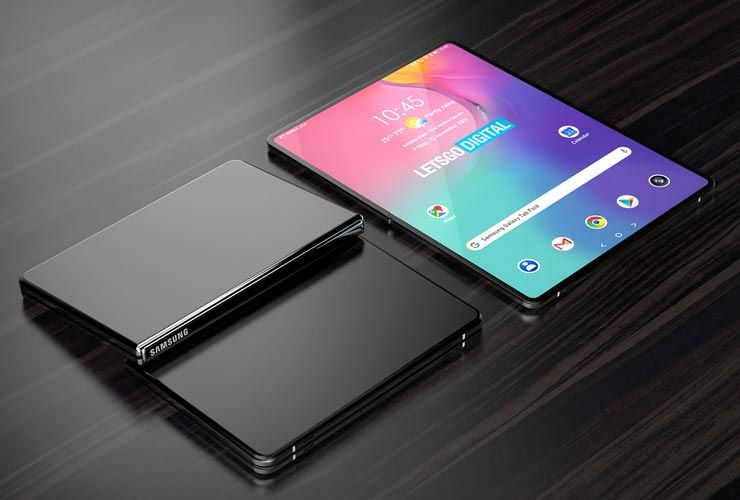 The patent application for this device refers to it as a “mobile telephone", so it could be a smartphone that can also double up as a tablet. From the renders, we can also see that there is no front display like the Galaxy Fold and neither can we spot any camera sensors. Samsung may have also implemented an in-display fingerprint sensor as we do not see a side-mounted fingerprint sensor like on the Galaxy Fold. 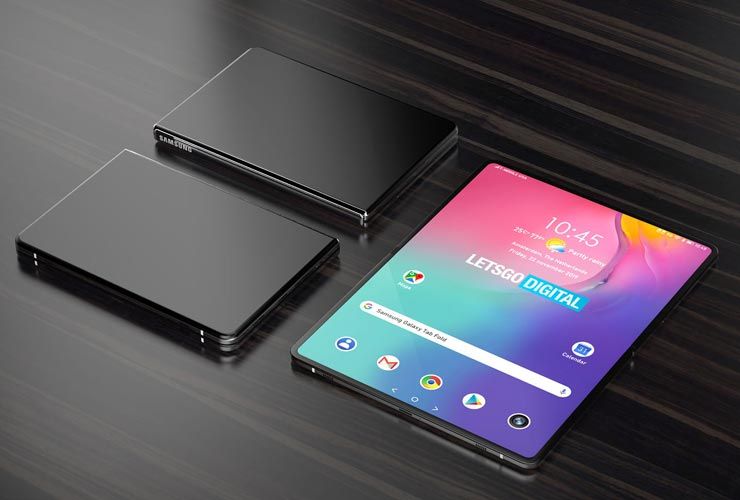 From the renders, we can see that it can become a device that would compete with Microsoft's Surface Duo. There is a possibility that the foldable tablet by Samsung and the Microsoft Surface Duo may launch in 2020. As of now, if these renders can be turned to an actual product, Samsung may launch three foldable devices in 2020 and it will be interesting to see how they would perform and compete with other foldable phones.