Ever feel like youâre all alone in the world? Hereâs someone to give you a run for your money.

71-year old S. Kandasamy is the last one left. After experiencing extreme water shortages due to corporations siphoning off the precious resource, the old manâs village, Meenakshipuram, Tamil Nadu saw its population dwindle away over the last few years until there was no one left but him. 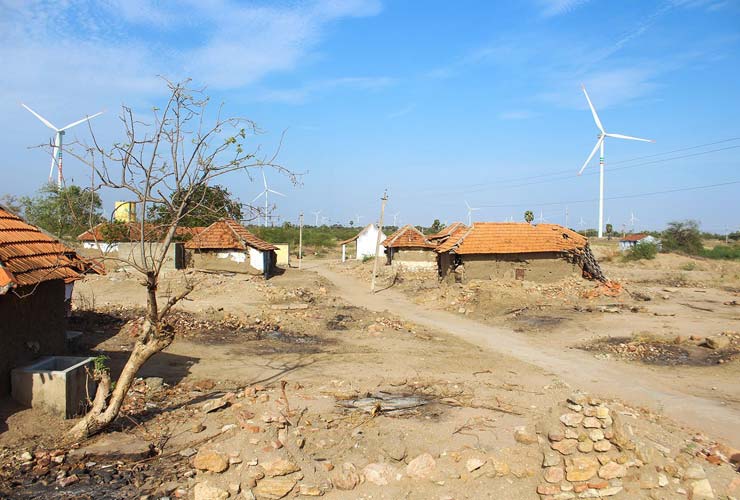 Kandasamyâs story is particularly heartbreaking. His entire life is tied to the now dusty, lonely fields of the village. He was born here, raised a family within its borders, and is determined to stay within until he breathes his last. His reason to stay is love - âto spend my last days in the same room where my wife Veeralakshmi passed away two decades ago,â the retired farmer said to the Peopleâs Archive of Rural India.

Tamil Nadu has, like several other South Indian states, relies on rice paddy cultivation for a large portion of its basic staple food needs. Traditional farming methods require 3,000 to 5,000 litres of water to produce a single kilo of rice - an impossibility for the village, which grew urad dal and millet crops. Even these water-efficient crops eventually dwindled as the village dried up, marking the beginning of the end for Meenakshipuram. 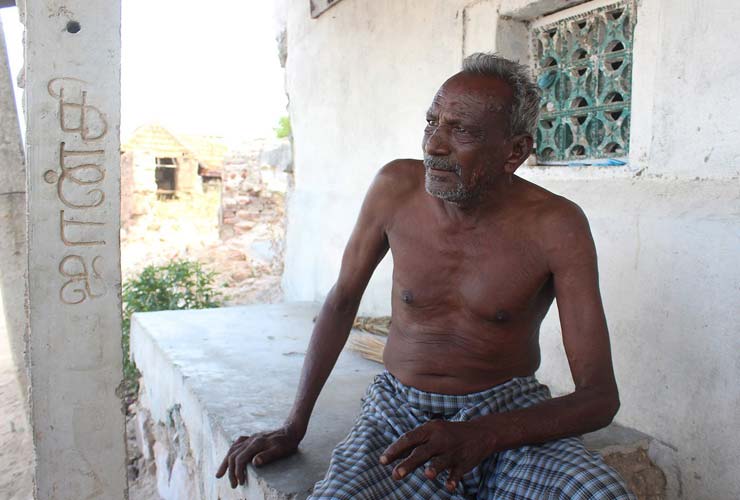 According to the 2011 census, the village contained around 1,135 inhabitants eight years ago - Kamasamy well remembers those days. âThere were still about 50 families here six years ago,â he explained. He previously owned 5 acres of land, where he used to grow pearl millet and cotton crops. While this was initially profitable, he has long since sold those fields - a move he did to better support his family. âI was able to give my children some education and get them married, thanks to those lands,â he says. Today, his four children - two girls and two boys - live within Thoothukudi district, where his sons work as drivers in better-off areas.

While Kandasamy remains proud of his family values, the government, on the other hand, doesnât offer him much help. Without lands, bank deposits and pensions, he has to rely on his younger son Balakrishnan, who provides him with Rs 1,500 per month and the only regular human company he has.

âI spend Rs 30 a day on beedis and the rest on groceries,â he admits. His routine is simple - every few days, he makes a trip on a scooter (gifted to him by a now-distant friend) to the nearby village of Sekkarakudi, where he spends a few hours before returning to his solitary exile. 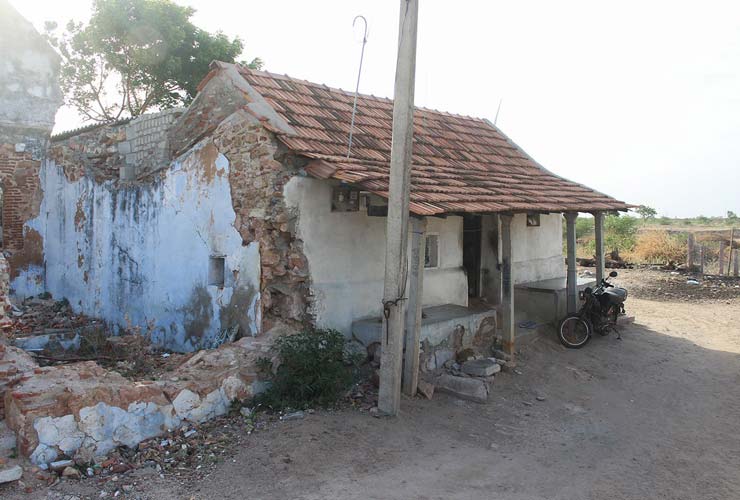 Back home, he has three main sources of company. One is a state-sponsored television, and the other two are a pair of friendly canine companions. âThe stray dogs came in a few years ago, Kandasamy explains. âSomehow, they seemed to know that I am alone here. I call them Raja and Rani and I cook for them too. It is good to cook for another soul,â he smiles. 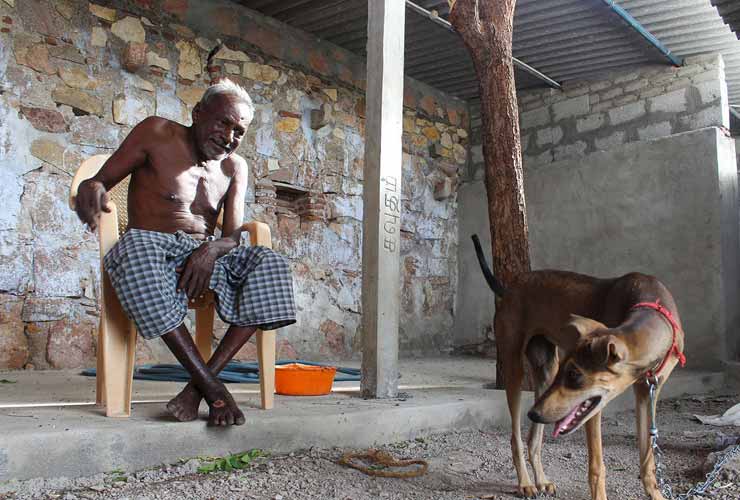 Despite the villageâs dire situation, Kandasamy remains hopeful that prosperity will one day return to the village. Former residents find the two local temples to be their only remaining bond to Meenakshipuram, and the old farmer honours this tradition by offering prayers in hope that good days will return someday.

Until then, Kandasamy watches the days, weeks, months and years drift by, all by himself.