Seeing morphed pictures or memes of US President Donald Trump surface on social media is nothing new. But, Trump sharing one himself, and giving fodder to people waiting with their keyboards ready, was definitely something we didn't see coming.

Recently, there were some reports that stated that Trump had "a massive, unbelievable heart attack". Trump quashed all these reports by saying that he has "a gorgeous chest" and as proof to let people know just how 'gorgeous' his chest is, he shared this picture on Twitter. He further said that his doctors said that they've "never seen a chest quite like it." 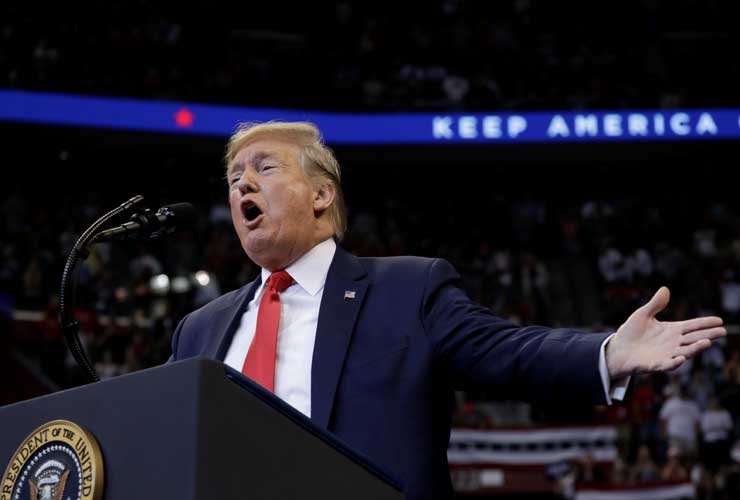 He shared a morphed picture of his head superimposed on the chiselled body of Rocky Balboa, from the movie Rocky III. Honestly, isn't it a bit too much to compare your body with that of Sylvester Stalone to flaunt your gorgeous chest? But, if people can do it then we guess so can Trump.

We're pretty sure Trump thought that the people would appreciate his wit and humour, instead, they punched him right in his face with these memes and we can't even say that we didn't see it coming.

The picture did not have any caption attached with it so people went ahead and made some hilarious interpretations for this picture.

Is it just me or did this Trump Rocky photo make anyone else throw up in their mouth a little?

How tRump and his followers see tRump
vs
how the rest of the world sees tRump! pic.twitter.com/rvRBTAffLy

.@TheSlyStallone should sue the living snot out of you... #Trump #Stallone

What you order from Wish.
What you got from Wish. pic.twitter.com/nIxN54qGiF

Gonna tell my kids this was Muhammed Ali https://t.co/VPWtnUlUzA

We wonder what Sylvester Stalone has to say about this particular 'Rocky'.