Abhishek Bachchan has a rather understated sense of style, and that is something that people forget often. Oh, believe us, there have been numerous times when AB junior was spotted in some really subtle and understated classics that set some really strong wardrobe goals for us guys. 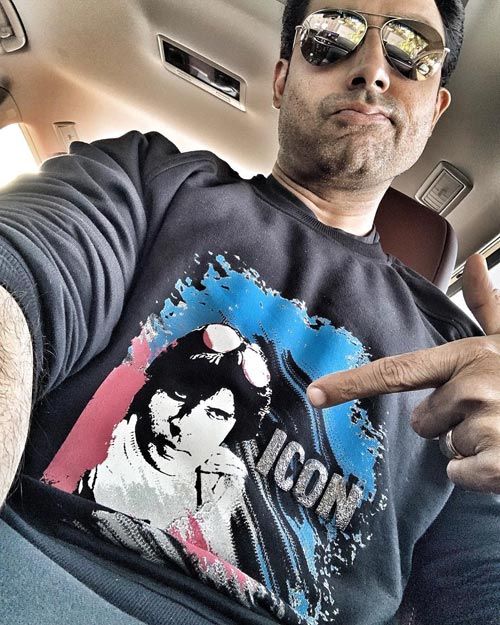 However, there is one aspect of his style that stands heads and shoulders above the rest of his wardrobe - his sneakers. It shouldn't come across as a surprise if we tell you that Abhishek is a massive sneakerhead and has a particular affinity with the classics. 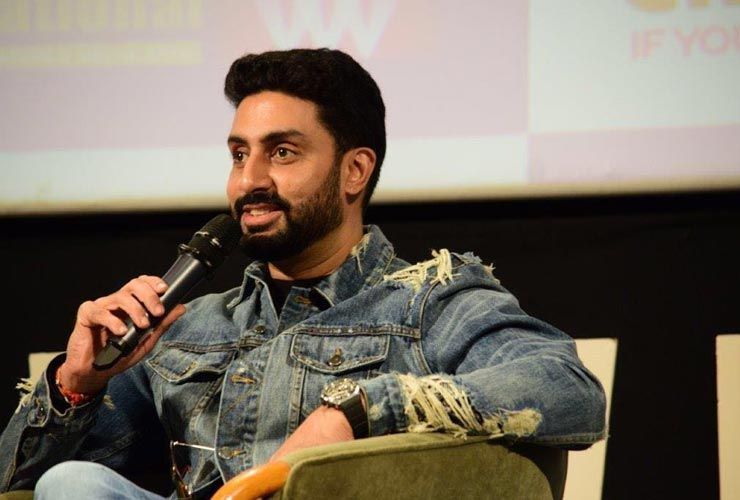 Recently he was spotted in a swell pair Off White x Air Jordan 1s, which is nothing short of the holy grail when it comes to modern retellings of classic and retro sneakers. Even the manner in which he accessorises in a minimalistic way manages to turn heads. 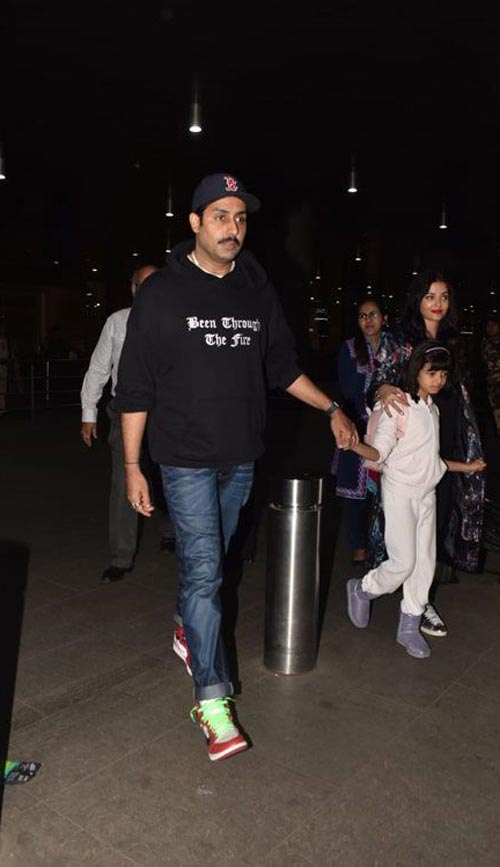 This time around though, he was spotted wearing something even more rad and zany. But first, let's get to his outfit 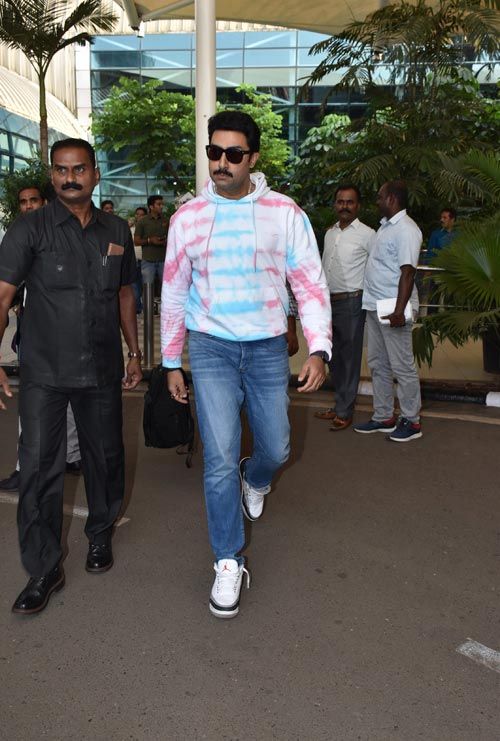 Abhishek is seen here at the Mumbai airport, in a pair of Air Jordan 3. His particular version called the Air Jordan Iii Retro White / White — Fire Red, or simply the Jordan 3 Fire Reds. This comes from Jordan's 2018 collection and was designed by veteran designer, Tinker Linn Hatfield. 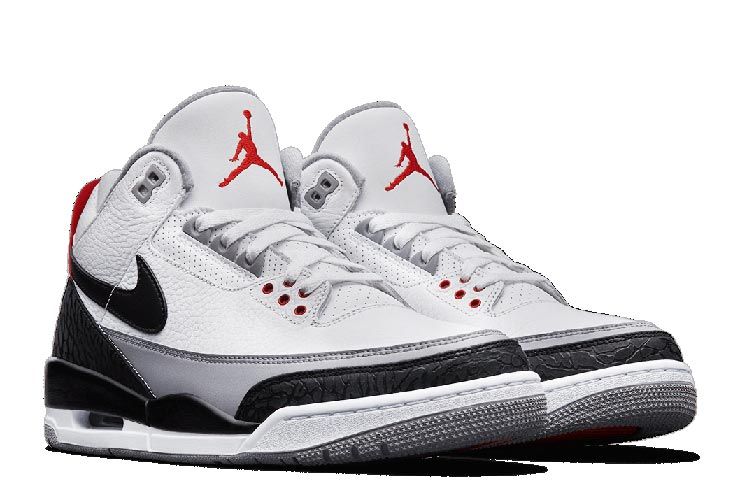 The sneakers have an uncanny resemblance to the original, 1988 Air Jordan III or the White Cement as they are known, albeit with a few tweaks here and there.

Apart from the basic panels and silhouette of the sneakers, there are a number of elements that have been inspired by the '88 original, which gives it a rather cool and retro vibe. The sneakers can still be found for around $200 or roughly Rs 14,500. 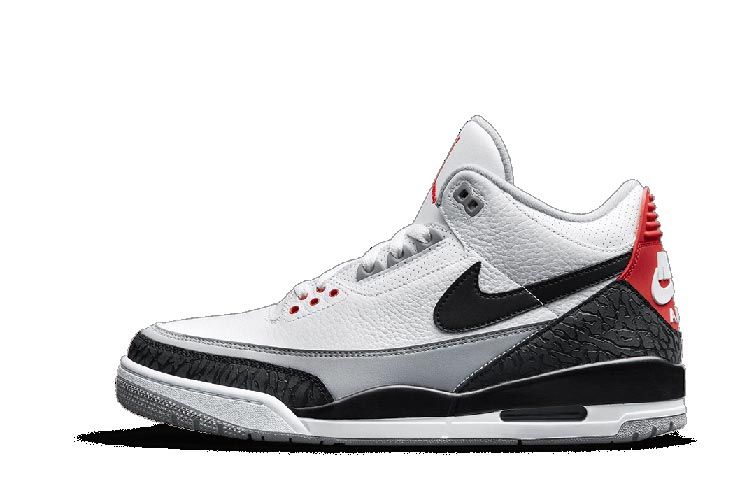 That being said, the aggressive manner in which the colour red has been incorporated in the new design does give it a modernistic and contemporary aesthetic to it. Fiery red, indeed. 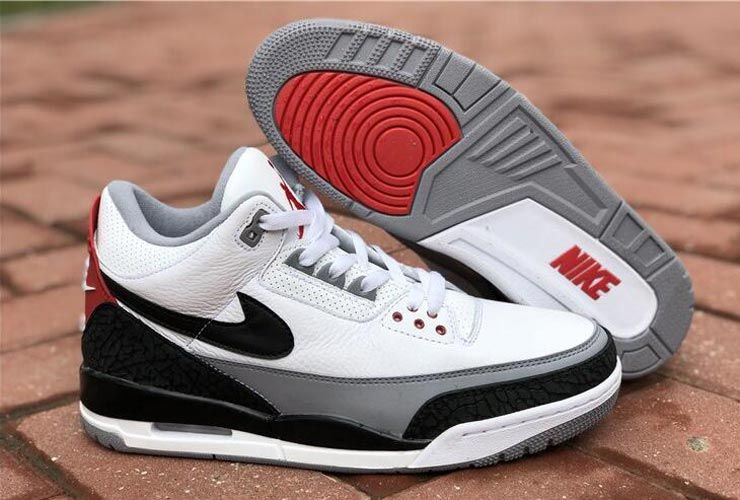 Coming to the rest of the ensemble, AB Jr is wearing a rather zany pink and blue pastel dyed sweatshirt, and a classically dyed and washed blue pair of denim jeans. Although this a rather laidback and cool in its own way, the denim is such a dad-thing to do. 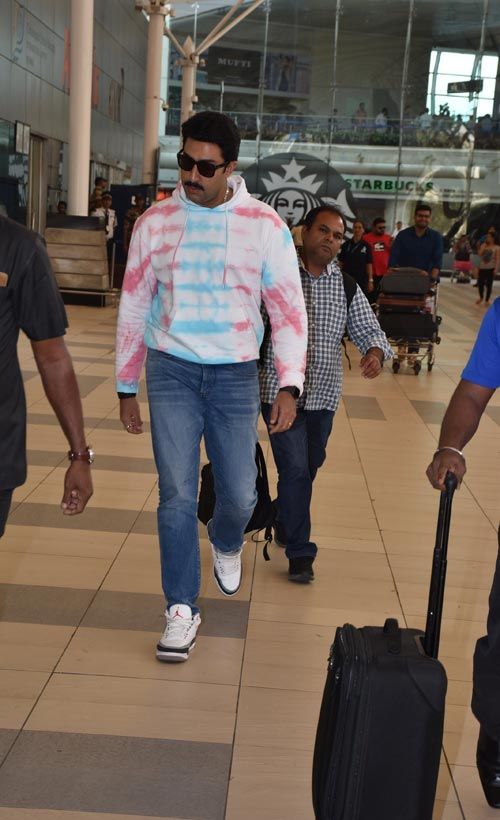 One interesting aspect of the ensemble is his choice of accessories. Abhishek Bachchan is wearing two different activity trackers on his hands. On one hand, he is wearing what appears to be an all-black Fitbit Charge 3 and on the other a Fitbit Versa 2, again, in an all-black configuration. 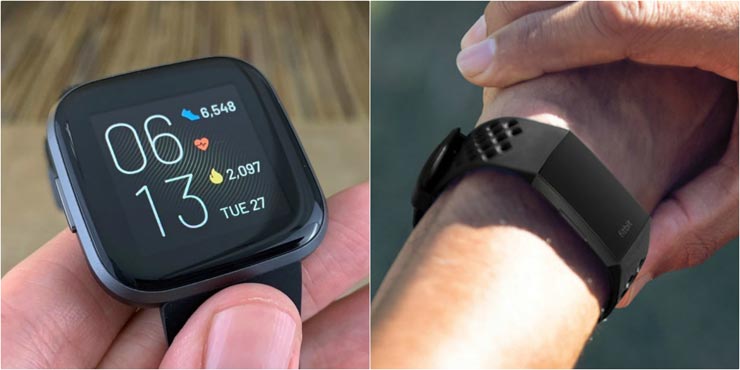 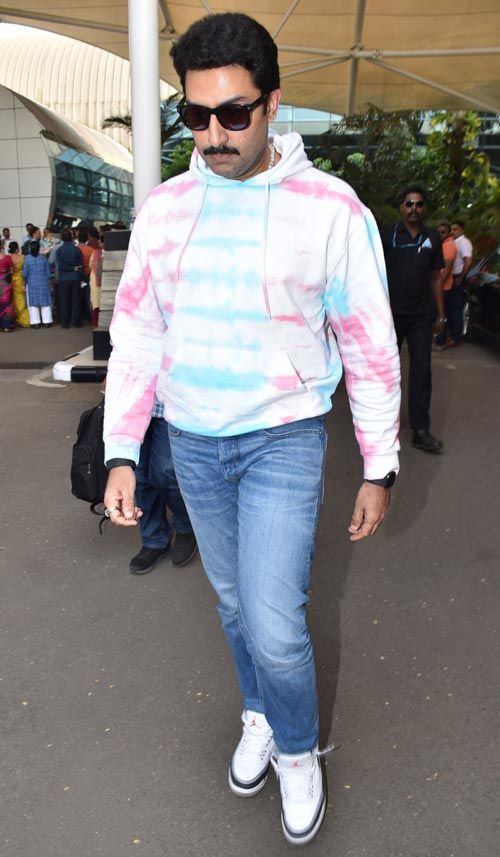 Well, that's certainly a unique way to accessories your outfit, that's all we would say.