Varun Dhawan recently had a close call while performing a stunt on the sets of Coolie No. 1. Luckily, the actor escaped unhurt, but this incident was a reminder of the lengths actors go to in order to make their characters look convincing on the big screen.

Varun got stuck in a car that was hanging from one cliff and its door got jammed. The actor kept calm throughout and the situation was averted which could have otherwise been a major accident. 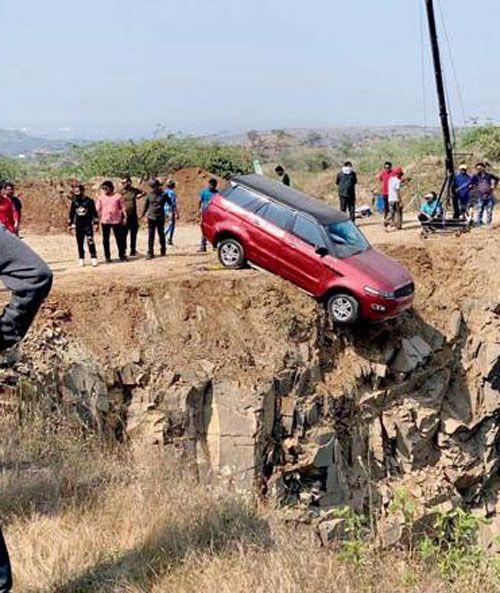 An onlooker told Mid-Day, “After Varun filmed his shot, he realized that the car door was jammed and wouldn't budge. Even though the stunt was rehearsed several times under the supervision of the stunt coordinators and all the safety precautions were employed by the director [David Dhawan], things, unfortunately, went awry.”

The source went on to add,  “What followed was a few minutes of dread as the stunt coordinators tried to get him out of the vehicle. It was proving to be all the more difficult given how precariously the car was balanced on the edge. Varun kept his calm throughout the episode, and finally, escaped unhurt with the help of one of the stunt coordinators.”

We are glad that Varun is safe and managed to escape without getting hurt because we are really excited to see Varun and Sara opposite each other for the first time on the big screen.

Talking about the movie, Varun Dhawan and Sara Ali Khan have stepped into the shoes of Govinda and Karisma Kapoor for the adaptation of Coolie No. 1. Varun, in an earlier interview with PTI, had said, "When we do something like this, the idea is that the essence has to be the same. But at the same time, the film is completely different. It is not a remake, it is an adaptation. But the title is the same."

The movie is slated to hit the screens on May 1, 2020. Are you as excited to see this one as us? Do let us know in the comments below.