India and Pakistan share a rivalry like no other in international cricket. The two countries absolutely love cricket, and whenever they lock horns, it creates a unique aura, both inside and outside the stadium.

Whether it's the 2011 World Cup semi-final between the two teams attracting over 988 million viewers or the fact that the tickets for their 2015 World Cup match were sold out within 12 minutes, the Indo-Pak rivalry generates a lot of excitement amongst anxious fans as there is never a dull moment in the match.

But, over the years, the political stands of the two countries over cross-border tensions took a hit on their cricketing ties. The last time India and Pakistan locked horns in a bilateral series was back in 2012 for 3 ODIs and 2 T20s. 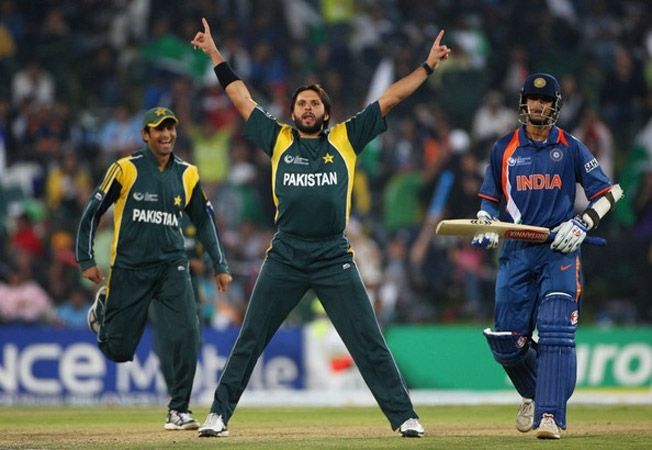 And since then, the two teams have only clashed with each other in ICC events. But, while they appear to be fierce competitors on the field, the players from both the sides share mutual respect and a cordial relationship off the field.

And Team India's recent goodwill gesture is a testimony to that.

The Indian cricket extended a hand of support to Pakistan's former captain and one of their most iconic cricketers - Shahid Afridi - after his retirement from international cricket. 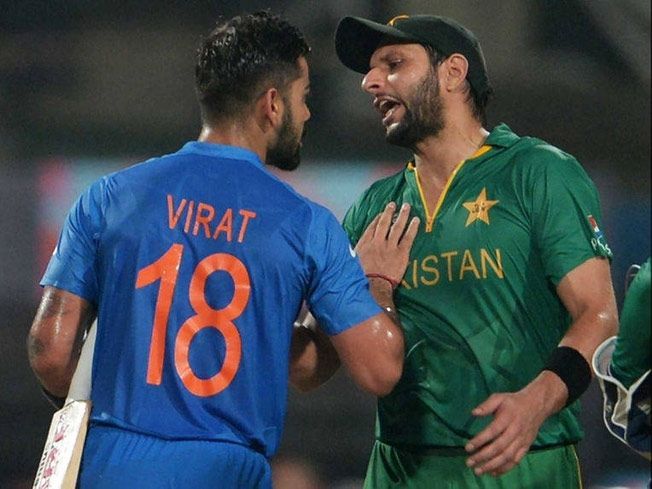 The Indian squad signed the national jersey of their captain Virat Kohli and gifted it to Afridi after the Pakistani cricketer announced his retirement earlier this year.

Virat Kohli's shirt, signed by Indian team, for Shahid Afridi, with a message "always a pleasure playing against you." pic.twitter.com/KexlCjTNeZ

The shirt carried a message in Kohli's handwriting which said, "To Shahid Bhai, best wishes, always a pleasure playing against you." 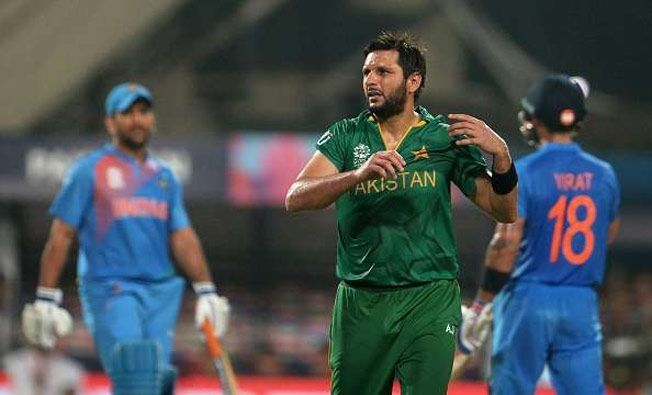 The 'Boom Boom' cricketer announced his retirement from all formats in February this year.

He had previously retired from Test and ODI cricket but continued to lead the Pakistani T20I side until the 2016 World T20. After the tournament, Afridi stepped down as Pakistan's T20I captain.

His retirement at the age of 36 brought an end to a 21-year international career during which he played 27 Test, 398 ODIs and 98 T20I games.

@faizanlakhani good to see that players of both nations respect each other.

@faizanlakhani @faizanlakhani Not a gr8 fan of kohli & Indian cricket but this made me to love them. It shows cricket is gentlemen game with no boundaries

@faizanlakhani The message says it all. Pleasure playing against you not with you.Those who have played with Afridi know what that means @ShujahatAzim