One of India's most promising and upcoming cricketers, Rishabh Pant's batting prowess was at full display when he smashed a blistering half-century for Delhi Daredevils (DD) in their opening clash against Royal Challengers Bangalore (RCB) at the M Chinnaswamy stadium on Saturday.

The left-hander smashed the RCB bowlers all around the park to score a breath-taking 57 off just 36 balls. In his sensational innings, Pant slammed three fours and four sixes to put the hosts under pressure.

Chasing a competitive total of 157, Pant almost ran away with the game following his blitzkrieg. In the end, his wicket to Pawan Negi resulted in a 15-run loss to the visiting side. 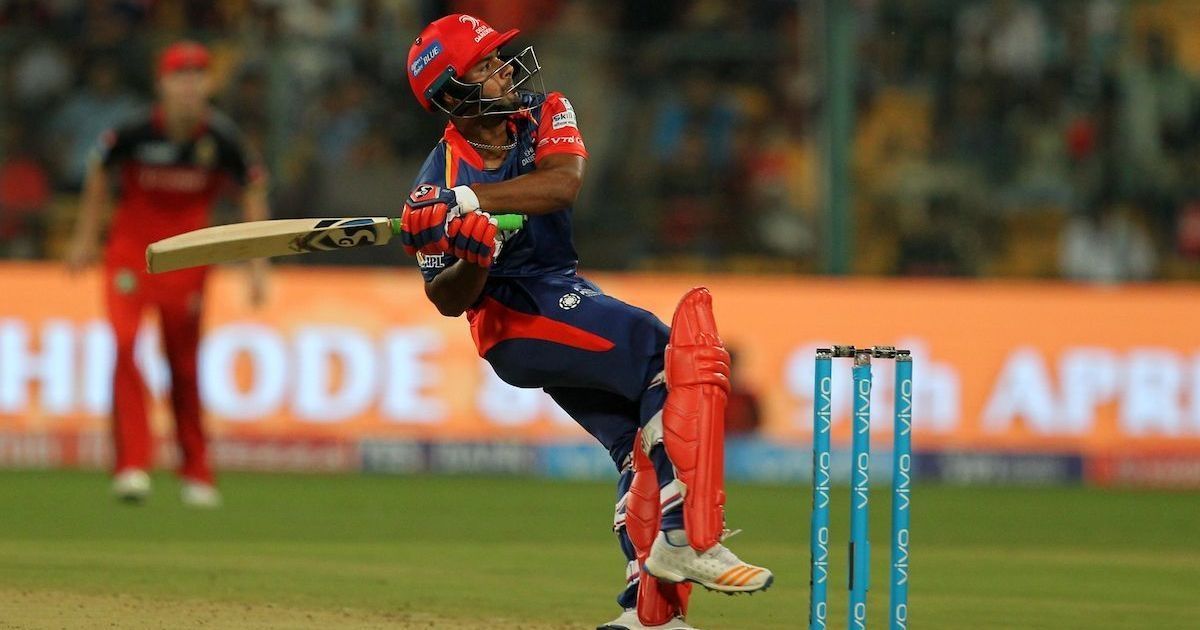 Even if the Zaheer Khan side ended up on the losing side, it was the effort from the youngster that really stood out, especially when it has come on the back of a personal loss.

The left-handed batsman suffered a major setback after his father Rajendra Pant (53) passed away at his home in Roorkee on Wednesday night. "Rajendra died in his sleep apparently of a heart attack. He was complaining of fatigue for the past few days. He retired to his room on Wednesday but when family members tried to wake him up for the dinner, he did not respond. He was taken to a private clinic which declared him brought dead," Satish Negi, a friend of the family, said.

Hours after his father's cremation at Kankhal in Haridwar on Thursday, a grief-stricken Pant joined the Daredevils to get ready for their opening clash where he showed his character and professionalism with a brilliant fifty.

Really feel for young Rishabh Pant. Losing your father is a terrible blow and cricket is only a weak balm. But at least it is a balm

In his hour of darkness, a bereaved Pant overpowered grief and showed unwavering loyalty towards a team, seeking to find light at the end of the tunnel. On the eve of Delhi's opening match, coach Paddy Upton confirmed that Pant will do what two superstars of Indian cricket - Sachin Tendulkar and Virat Kohli - had done in the past.

It wasn't only the grief that Delhi player fought off. Pant also overcame the burn injuries on his leg that he sustained while performing the last rites of his father. And, in the end, what really unfolded at the Chinnaswamy stadium really shows what this 19-year-old is made of.

Take a bow Rishabh Pant scores half century in 33 balls who joined the team yesterday after performing last rites of his deceased father..

Pant's innings also evoked praise from his captain, "He (Pant) played well, and just needed support at the other end. Pant showed a lot of courage, he has undergone personal trauma, we are all with him."

Many years ago, a young Kohli had overpowered grief to turn out for Delhi in a Ranji Trophy match soon after the death of his father and much before that, Tendulkar represented India in a World Cup match after paying homage to his father.

My heart goes out to the valiant #RishabhPant ! Such a braveheart ! God bless you and sorry for your loss.

While Pant might be fairly new and still trying to establish himself amongst big boys, the 19-year-old cricketer clearly has the heart and character of one true champion.

Well done Rishabh Pant . You are a role model for many. @RishabPant777 . Your father somewhere in heaven will be so proud of you hero.

What a difficult moment for young Rishabh Pant. Lost his father only a couple of days, back in the field asap. Good luck!

can't even imagine how tough this is for young rishabh pant. has just cremated his father and flown in to bangalore #RCBvDD