Indian Test skipper Virat Kohli has been in sublime form this year. With three double hundreds this year and over 600 runs in the ongoing Test series, the Delhi lad has been a force to be reckoned with against the visiting Englishmen.

His exploits on the field earned him plaudits from all parts of the globe. Some labelled him as one of the best batsmen in modern cricket, while others were thoroughly pleased with his artistry thorugh the willow. 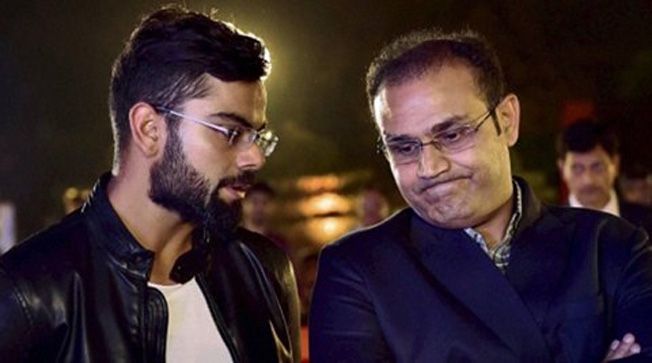 Amongst his numerous admirers, Kohli has a special one in former Indian cricketer Virender Sehwag who doesn't miss out on expressing his joy on the social media. After thrashing the opposition bowlers all around the park, the 'Nawab of Najafgarh' has been hitting sixes on the social media.

So, when Kohli notched up his third double hundred against England in Mumbai, Sehwag stumped everyone by asking the Delhi dasher to take out an advertisement in a newspaper to change his name to 'Badal' (cloud). 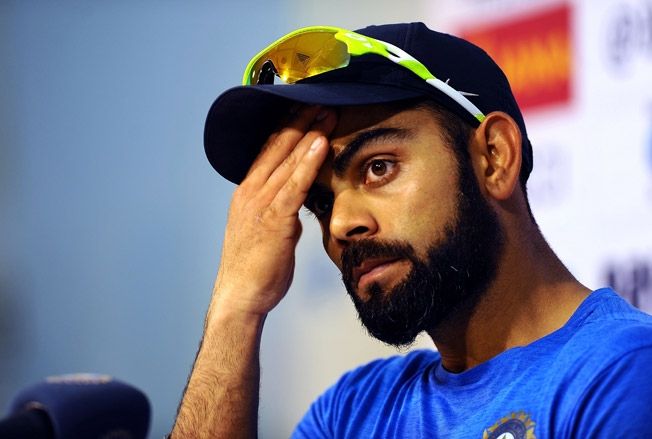 Now, before you scratch your head, wondering why Sehwag would ask something like that, see his tweet below and enjoy his ever-growing humour.

If you think that was enough, wait till you see how he wished his wife Aarti Sehwag today. The 'Sultan of Multan' didn't even spare his lovely wife as Sehwagasm reigned supreme, yet again.