Virat Kohli and Anushka Sharma are definitely one of the most stunning celebrity couples in India today. The best cricketer at present and Bollywood’s most sought after actor, they make one big power couple. Just yesterday, they made headlines with their smashing appearance at Manish Malhotra’s 50th birthday bash when they arrived at the party hand in hand. 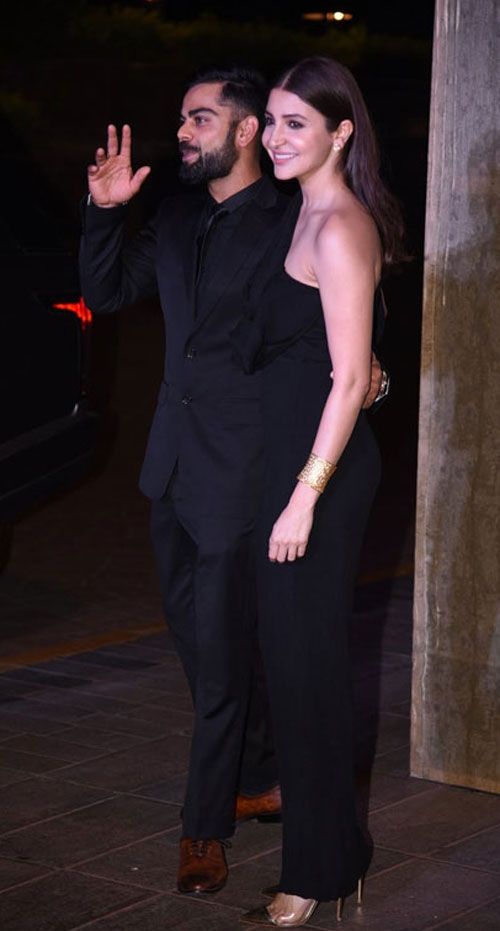 And now, the internet just discovered this video of them dancing together on Yuvraj Singh and Hazel Keech’s wedding in Goa. A star studded affair and yet, everybody is only talking about Virat and Anushka burning the dance floor. There’s definitely something extraordinary about these two. Watch them dance to the tunes of the famous Punjabi song ‘Gur Naal Ishq Mitha’ in the video below.

#MustWatch: How amazing is this video of #AnushkaSharma and #ViratKohli dancing away at #YuvrajSingh and #HazelKeech's wedding reception in Goa! Make sure to watch it now ??

Virat Kohli and Anushka haven’t publicly accepted their relationship but their recent appearances have made it more than obvious that the two are very much in love. Here’s wishing a bright future to these two! To Yuvraj and Hazel too, of course!