The scary information that has surfaced, courtesy of NASA, is something that is bizarre and worrisome. NASA released images of an Arctic shelf which has a 300 foot deep crack. The rift is apparently getting deeper and can even lead to a major of the ice shelf being cut off.

Sometimes, we talk about climate change when the evidence is clearly right in front of us.

View is of a rift in the Antarctic Peninsula's Larsen C ice shelf from our airborne survey of polar ice: https://t.co/VgjxopHHLI @NASA_ICE pic.twitter.com/gt5mpHqbxn

The press release states that 'The crack completely cuts through the Ice Shelf but it does not go all the way across it – once it does, it will produce an iceberg roughly the size of the state of Delaware”. A large part of the ice, i.e- almost the size of Scotland, will get landlocked and might start melting with time. The result of this will be that eventually it will merge in the sea and raise the sea level. If that isn’t scary, we don’t know what is? 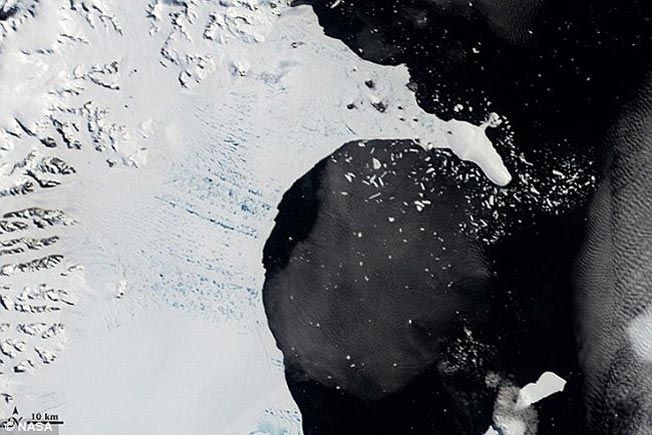 Global warming has become a hazardous situation and combating it is now not just important but imperative for our survival on the Earth. Or else, we’ll have to start looking at other planets to colonise!