"First they ignore you, then they laugh at you, then they fight you and then you win." Mahatma Gandhi's famous quote couldn't have been more befitting for anyone but Ravindra Jadeja.

In his stint for Team India spanning over seven-long years, the southpaw from Gujarat has seen it all. From being a laughing stock to becoming one of India's most-valuable all-rounder, Jadeja has come a long way to be considered a vital cog in the team.

He has a knack of picking up wickets at regular intervals for his side. His batting down the order gives India a luxury of having an additional batsman in dire situations. And, when it comes to fielding, he is right amongst the best in business. In a nutshell, he is - what we call in modern-era of cricket - a complete package. 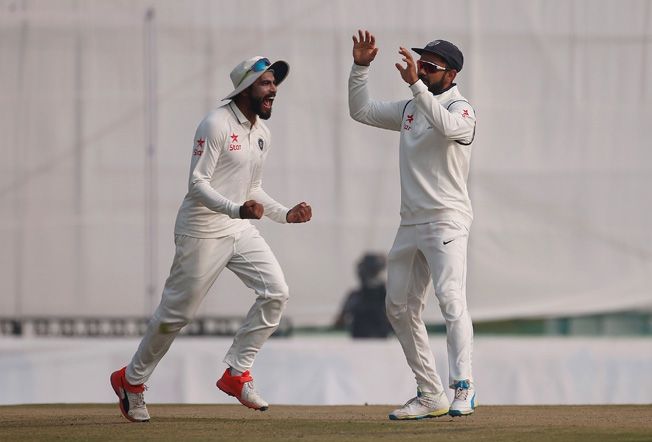 With 273 wickets and 2,724 runs across the three formats, Jadeja has cemented his place in the Indian team as one of the most-valuable players. The fact that his 14 Man of the Match awards (4 in Tests, 9 in ODIs and 1 in T20Is) have been derived in 12 Indian triumphs, goes on to show how crucial his presence has been for his side.

But, it wasn't always the same for the 28-year-old. Jadeja worked hard and completely devoted himself to the game to get to where he is today.

Coming from a humble background, the left-hander was born to Anirudhsinh and Lata Jadeja on 6 December, 1988. His father worked as a watchman for a private security agency in NavagamGhed, Jamnagar. Jadeja, alongside his two sisters Padmini and Naina, were exposed to adversity at a tender age.

But, the biggest of them all came in 2005 when his mother passed away in an accident. Affected by the loss, Jadeja almost gave up on the sport before deciding to return, making his mother proud. And, the Rajput boy hasn't looked back since then.

Only thing i do when i m not playing cricket.its my style of training ? pic.twitter.com/D7OkmMuK4X

Using his grief as a source of motivation, Jadeja moved up the ranks pretty quickly with his sublime performances. With 42 wickets and 739 runs to his name in the 2008-09 Ranji Trophy, Jadeja caught the attention of the national selectors and was handed his international debut against Sri Lanka.

In 2012, Jadeja became only the eighth player in history and the first Indian player to score three triple hundreds in first-class cricket. Don Bradman, Brian Lara, Bill Ponsford, Walter Hammond, WG Grace, Graeme Hick and Mike Hussey are the other cricketers who achieved the feat.

His sublime form in domestic cricket earned him a Test debut against England at Nagpur. But, his credentials in the longest version of the game weren't established until 2013 during the home series against the mighty Australians.

In the historic 4-0 Test series win, Jadeja came out as one of the most important factors in India's prolific outing. The left-hander claimed 24 scalps - dismissing Oz skipper Michael Clarke five out of six times in the series. In the same year, he also emerged as the leading wicket-taker (12 wickets) in the 2013 ICC Champions Trophy that was eventually won by India.

In August 2013, Jadeja became the top-ranked bowler in ODI cricket. By doing so, he became the first Indian bowler to top the rankings since Anil Kumble who topped the list in 1996. Jadeja was at his best and his exploits on the field were shaping his career.

Watch @imjadeja do the traditional sword dance with his bat as he brings up his FIFTY!!! @Paytm Test Cricket #INDvENG pic.twitter.com/z1EWOUC8ZC

But, then his character was truly tested. A shoulder injury in 2015 denied Jadeja his old bite and accuracy in line which was visible during the World Cup in the same year. He was left out of the ODI side - a second-string squad - that toured Zimbabwe in July, 2015.

Not one to back down, Jadeja returned strongly for Saurashtra in the 2015-16 Ranji Trophy season and picked up 38 wickets (including six successive five-wicket hauls) and scored 215 runs in four matches. His performance was the one that the selectors just couldn't ignore. 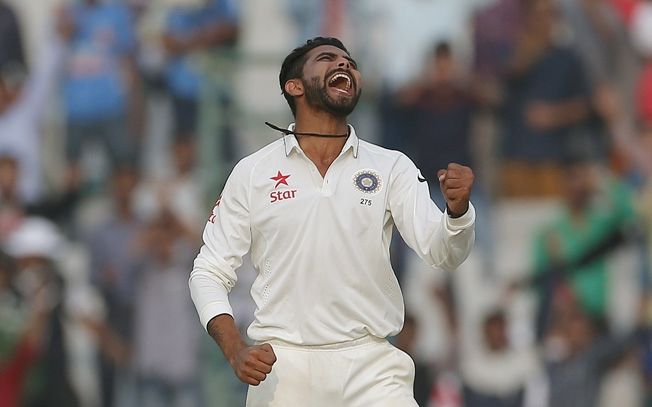 He was recalled for the home series against South Africa and the Rajput boy made the most of it. Jadeja's 23 wickets at just 10.82 paved the way for India's 3-0 triumph in the Test series, once again establishing his rapport as a match-winner.

In his last two Test series, Jadeja has claimed 24 scalps and scored 267 runs including the game-changing 90 in the first innings of the Mohali Test against England. For a man who almost gave up on cricket, Jadeja's journey has surely been nothing less than a Rockstar - a tag that fits him perfectly.

So as Jadeja celebrates his 28th birthday today, we urge cricket fans to rally behind the Rajput boy and give a big round of applause to the man for all that he has achieved in his career so far.