Iceland’s most radical political party is expected to take control of Iceland’s government and might replace the current coalition that is ruling. The opposition in its entirety has agreed to hold elections earlier than usual, thanks to the Panama Papers scandal that were leaked earlier in October.

The Pirate party practises ‘direct democracy’ and wants to encourage greater government transparency, an asylum for US whistleblower Edward Snowden and a new constitution. The party has been on top of every opinion poll that has been conducted in every constituency across the nation.

The election is expected to be held in October 2017 as the former Prime Minister Sigmundur Davio Gunnlaugsson resigned earlier this year in April. He was the first victim of the Panama Papers leak and there were documents that revealed that he had millions of pounds of money that was stashed offshore.

President Gudni Johannesson made the announcement after meeting Birgitta Jonsdottir, who is the head of the Pirate political party. 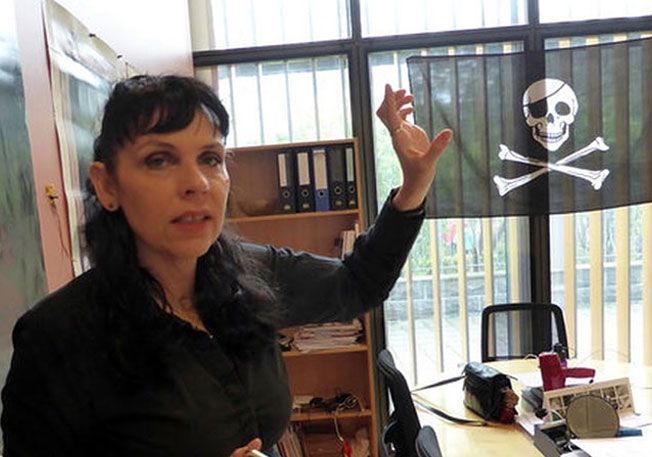 "Earlier today I met with the leaders of all parties and asked their opinion on who should lead those talks. After that I summoned Birgitta Jonsdottir and handed her the mandate," he told reporters.

The pirate party was founded four years ago by a group of hackers and activists as they spearheaded the anti-copyright movement and later transformed into a political party. Iceland’s Pirates attained over 5% of the vote in the 2013 elections and won 3 seats in the 63 member parliament.

There is a clear consensus that the people of Iceland want to vote against the establishment, as the party’s appeal is very much similar to Syriza in Greece and Spain’s Podemos.

It has been three years since the party was established and the people of Iceland are connecting to the party’s policy of transforming their democracy and transparency. The Pirate party is not really clear about their policies but it is not acting as a deterrent.

Iceland’s citizens feel that there is a cronyism endemic in Icelandic politics and the impunity of the wealthy few support the Pirate Party has skyrocketed in the recent past.

The Pirate party is built on the belief that new and updated technologies will help in promoting civic engagement and also increase government transparency. They believe that the citizens of Iceland have ‘unlimited right’ to be involved in Politics and political decisions. They want ordinary citizens to promote new legislation and also take part in referendums.