Norwegian grandmaster Magnus Carlsen is slowly turning into a chess legend and, at just 26, he couldn’t have asked for more. On Wednesday, Carlsen defeated Sergey Karjakin in the tiebreakers to win the World Chess Championship for the third time. In doing so, he stamped his authority once again on the shorter, high-speed tiebreaker variant which was just too much for the Russian grandmaster.

The Championship lasted over three weeks and went into the tiebreak after Carlsen and Karjakin finished neck and neck in the 12 scheduled games. It was Sergey Karjakin who drew the first blood and raised the hopes of a massive upset but Carlsen came back to win a game in return. The Norwegian, however, was too good for Sergey in the end.

The tiebreaker provided an exciting end to the championship which featured a lot of draws. Each of the four games in the tiebreaker was 25 minute long with an additional 10 seconds given to the each player for every move made. Karjakin started with White but Carlsen’s aggressive board play forced a draw first up. In the next game Carlsen pushed Karjakin quite hard but couldn’t drive home the advantage leading many experts to believe that he might have blew his best chance yet to settle the championship.

Game three, however, opened up Karjakin’s defense for all to see and Carlsen pounded the Russian GM from both sides of the board. Needing just a draw in the fourth and the last game, Carlsen showed his technical superiority over Karjakin to lift the Championship for the third time. 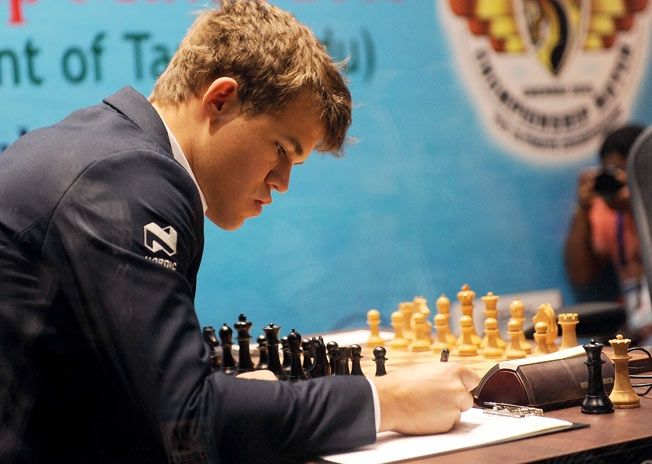 This Championship was one of the most competitive in recent times especially when compared to the Vishwanathan Anand-Magnus Carlsen duels which sometimes seemed a bit more uneven considering Carlsen’s superior plays against Indian GM Anand. Carlsen though still has a long way to go to catch Anand who has a total of six world championship titles to his name.

The next championship will be held in 2018 and till then Carlsen will enjoy the title as he has since 2013. He is still very young and will only better his game as time progresses. But that will also open up his weaknesses to his opponents too and it will be interesting to see if he can push back the challengers like does, then.