The internet is the most influential medium today. It’s the voice of the unheard, a reflection of the youth and a treasure house of memes that are essential for human survival. Nothing’s fun unless the internet ruins it.

Like this one time a guy was so heartbroken he wrote this on a 10 rupee note. 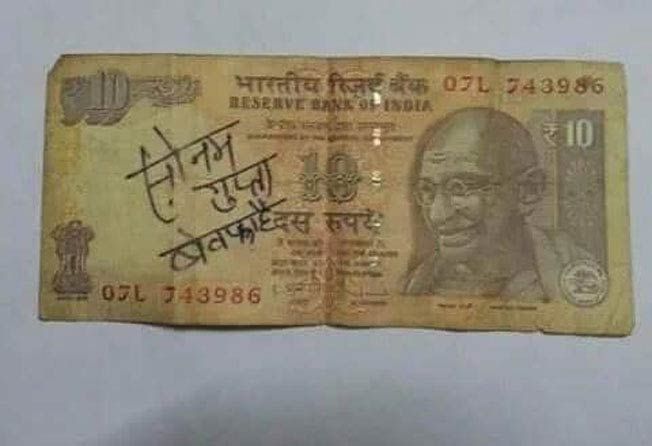 And it instantly became the biggest truth of life – Sonam Gupta Bewafa Hai.

From Nepal to Singapore to America, Sonam Gupta has been declared international bewafa by UNESCO. pic.twitter.com/crEOs4h5kB

We proudly announce that our love for Sonam Gupta and her 'bewafai' has landed her in the IIT syllabus. Not even kidding.

An IIT Guwahati professor got too carried away with his internet meme obsession http://www.mensxp.com/special-features/today/29922-56-totally-savage-classical-art-memes-for-everyday-life.html (no, nobody is complaining) when he included a ‘Sonam Gupta Bewafa Hai’ meme in a probability question.

"It is fascinating to write on an issue the entire nation—in fact, other countries too—are talking about. The question could have been simply put up by asking Durkheim's suicide theory but linking it with demonetisation was a creative way to present. The answers will be worth looking at,'' a student told TOI. 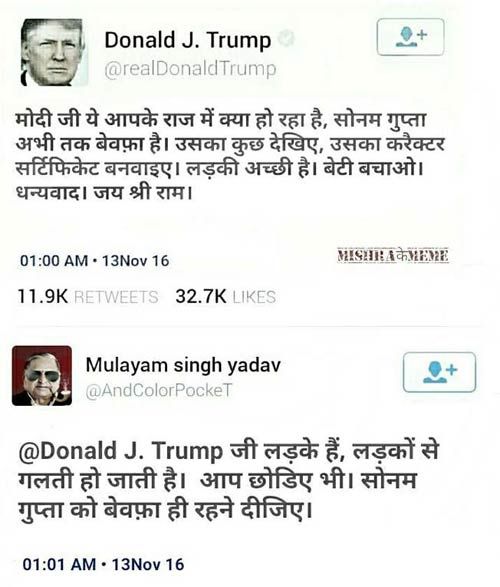 The question was – If a person 'x' is bewafa, what is the probability that Sonam Gupta is bewafa given a dependence structure between variables where all variables are binary and their high values mean the following: G means gender of 'x' is female (~G means the opposite), S means biological parents of 'x' are strict with her, W means x is wealthy, A means x is attractive, L means x has lots of options, B means x is bewafa, C means at least one other person y claims that the person x is bewafa.

Will the real Sonam Gupta please stand up?