In the modern-era of sports, athletes are expected to keep pace with the ever-increasing level of competition to meet the expectations of the game. Cricket, like other sports, is one in particular that consistently pushes players to bring out their best on the field.

It's no longer about fitting in the team for your natural role, rather a modern-day cricketer is judged on how they can contribute in other aspects of the game. Being a wicket-taking seamer is just not enough, contributions with the bat and agility in the field are equally important.

The recent batting display by Ravindra Jadeja and Ravichandran Ashwin on the third day's play in the ongoing third test against England is a classic example. India's trusted spin duo showcased their batting prowess at a time when their side needed it the most. 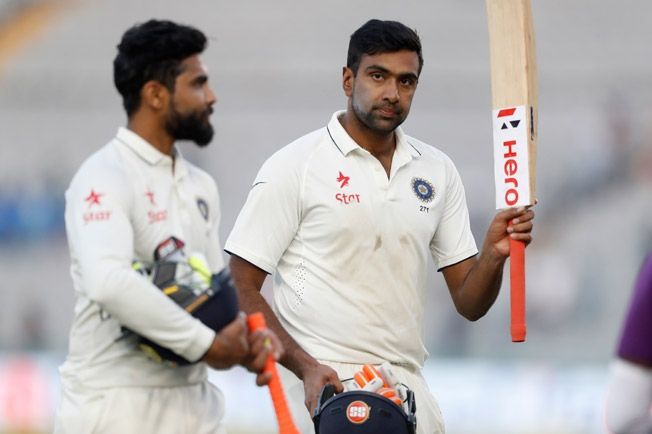 At a time when the Virat Kohli-led side was staring down the barrel after losing three quick wickets in the first innings, the two cricketers added 97 runs for the seventh wicket to bail India out of danger. Ashwin struck a brilliant 72, while Jadeja smashed a gritty 90 to frustrate the visiting Englishmen.

Their partnership was finally broken by Ben Stokes in the 95th over, but there was no respite for the visitors who faced another resilient effort from Jayant Yadav. The newbie notched up his maiden half-century in the longest format and made a valuable contribution to the team's total.

Place a coin there and @imjadeja will hit it 9 out of ten times #TeamIndia #INDvENG @Paytm Test cricket pic.twitter.com/mkaChLEljJ

While Ashwin's ever-improving batting abilities are no longer a surprise, it was the prolific performance of Jadeja - who aced the test of character and temperament - that needs to be appreciated. The left-hander showcased great application and patience to nullify the threat of the opposition bowlers in the first innings. 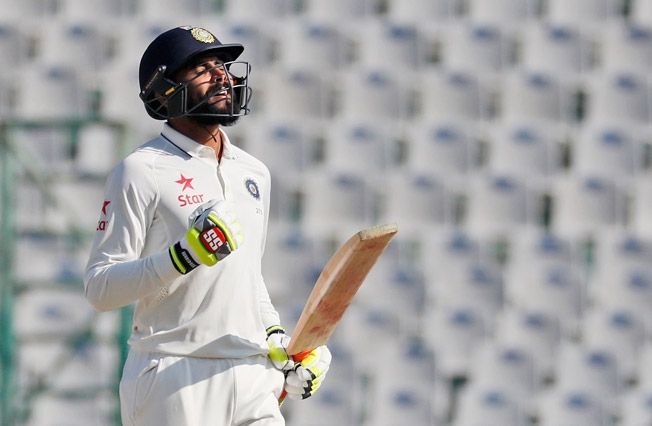 The 27-year-old, despite starting slow in his innings, played his natural attacking game with 10 fours and a six to his name. But, the fact that the Indian spinner played out 170 balls (including 121 dot balls) in his innings highlights his intent.

A batting performance like that, especially for a bowler, is bound to boost the morale of a cricketer. And, Jadeja's trademark sword-fighting celebration after his half-century was a sign that the Rajput boy thoroughly enjoyed his outing with the bat.

Watch @imjadeja do the traditional sword dance with his bat as he brings up his FIFTY!!! @Paytm Test Cricket #INDvENG pic.twitter.com/z1EWOUC8ZC

Just like Kohli's fitness has instigated other Indian players to keep pace with him, the all-round abilities of Ashwin seem to be setting new standards for his fellow spinners who are now stepping up their game in the batting department.