Football might not just be about scoring goals, but the matches are undoubtedly decided by them. Goals wow fans, help secure trophies and make for an entertaining highlights package.

But, as important as the goals, the misses themselves have carved their own niche in football entertainment packages. I mean, who doesn’t like a footballer making a complete fool of himself from a close range.

And, that is exactly what we’ve got for you today. 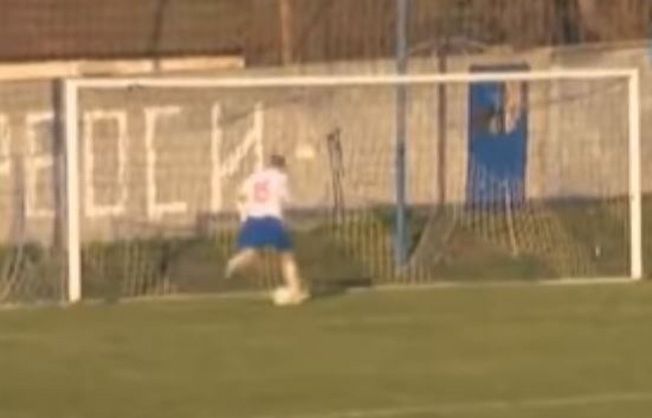 We have all seen penalty misses and the open goal disasters, but this epic blunder surely appears to be a top of contender for one of the most terrible misses in the sport.

During a clash in Serbia’s fourth-tier league, a footballer somehow managed to miss a scoring opportunity from an open goal situation.

From creating a chance after the mix-up to snatching the ball from the opposition goalkeeper, the number 15 did all the hard work only to throw it all away in the end.

All he had to do was tap the ball in, but it turned out to be a tad too difficult for the player who just couldn’t believe what had happened. It wasn’t just a sitter, but probably one of the easiest goal-scoring chances you’ll ever come across in football.

Thankfully, the fourth-tier league match meant that there was probably a low turnout in the stands, else the situation could have been quite embarrassing for the Serbian footballer. Too bad the internet got a hold of this!