For a club that once dominated the Premier League with record 20 titles, Manchester United's mojo seems to have slipped away, post the Alex Ferguson era. The English club tried David Moyes and Louis van Gaal to get them back on track, but the coveted title continued to elude them.

The glory days are long gone and the ongoing season seems no different either.

Currently managed by the experienced Jose Mourinho, the Red Devils are struggling to keep pace with their counterparts. Their home form is unbelievably poor, while losses against the minnows are just too hard a pill to swallow for the fans. 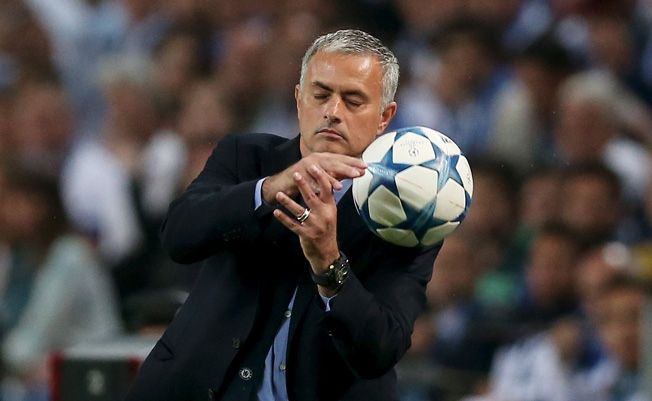 From humiliating defeats to the Chris Smalling saga, the Premier League giants continue to sink further this season. They are no longer the champions and, on the football pitch, they are clearly not acting like one either.

Their recent 1-1 draw against West Ham at Old Trafford is a testimony to the growing frustration, not just for the players, but also for their manager who seems to have reached some sort of a saturation point.

Mourinho, who likes to set landmarks, claimed an unwanted record of becoming the first individual to be sent off twice this season. None of the footballers have attracted two red cards in the Premier League this season, but the Man Utd manager has beaten them all to it following his dismissal on 27 November.

In a show of petulance, Mourinho kicked a water bottle down the touchline infrustration after referee Jon Moss booked Paul Pogba for diving in the first half. With the EPL referees clamping down on dissent, Moss sent the Man Utd manager to the stands.

Surprisingly, Moss had also sent Mourinho - then at Chelsea - to the stands last season in yet another West Ham tie. Late in October this season, he was sent off by referee Mark Clattenburg in a draw against Burnley, also at home.

United's poor showing in both of those matches could have triggered Mourinho's frustration, but his antics are undoubtedly becoming an expensive affair for his side. He was fined 50,000 pounds by the FA last month following his attack on referee Anthony Taylor ahead of of United's clash against Liverpool.

His rant against Burnley after Man Utd was denied a penalty in the October fixture had earned him a one-match touchline ban and an 8000-pound fine. Given his latest exploits, the FA will be rallying against Mourinho with another ban or fine. 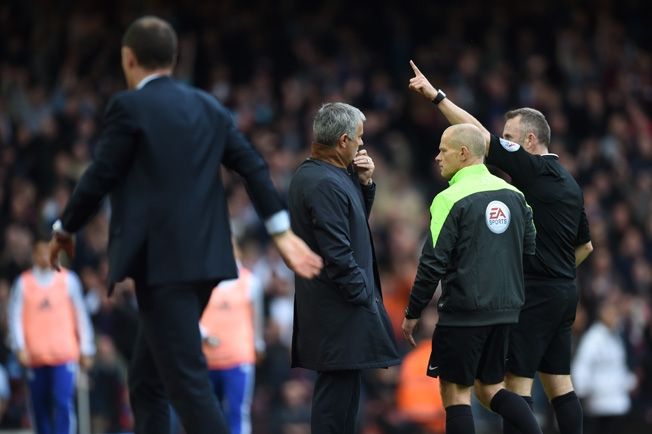 For a manager whose expensively-assembled team stands 11 points off the the top with the fans calling for his head, Mourinho's antics are somewhat understandable. But, rather than being animated, the manager should rally behind his players and boost their morale in these testing times.

The touchline bans and fines for their manager are not going to do any good for Man Utd, moreover, it will only malign their reputation. And, that's not something which is expected of Mourinho, and being an experienced campaigner, he should know that.