On one hand, where the nation is debating over the currency demonetization issue and how loan defaulters and tax evaders should have been primarily targeted, India’s largest public sector bank, the State Bank of India seems to have given up on loans worth about Rs. 7,016 crore as it wrote them off its balance sheets. According to a report published in DNA, money owed by nearly 63 of the top 100 willful defaulters were fully written off, 6 accounts were shown as non-performing assets (NPAs) and 31 accounts were partially written off. 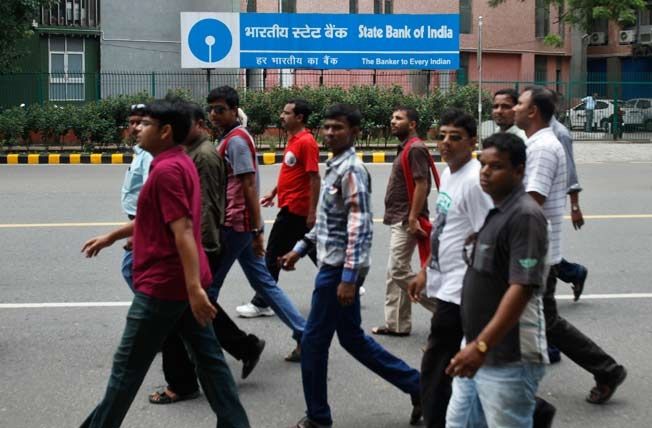 Guess who might be benefitting from this whole situation? It’s the former liquor baron Vijay Mallya who holds the first position in the willful defaulter’s list with dues of almost Rs. 1,201 crore. This means that now loans given to Mallya’s Kingfisher Airlines will not be shown in the bank’s balance sheet. Other names include, KS Oil (Rs. 596 crore), Surya Pharmaceuticals (Rs. 526 crore), GET Power (Rs. 400 crore) and SAI Info System (Rs. 376 crore), to name a few. 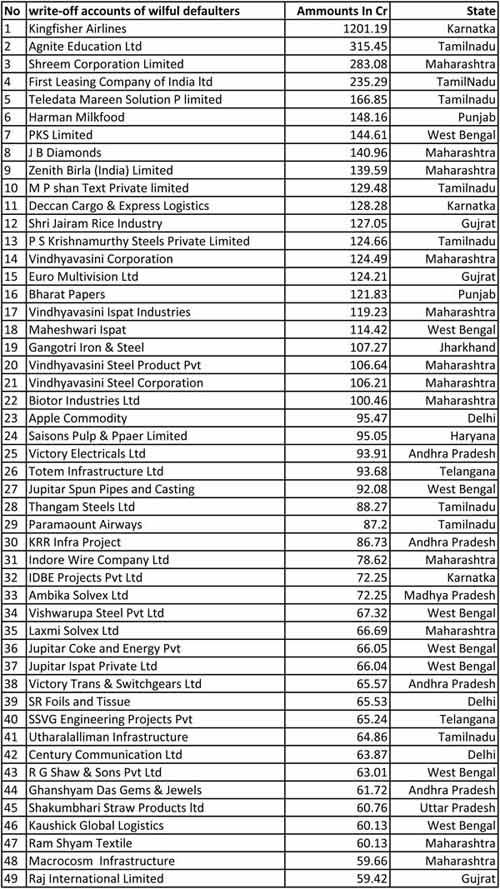 In June 30, nearly Rs. 48,000 crore worth of bad loans were written off by SBI. The bank has created a ‘bin for toxic loans’ called Advance Under Collection Account (AUCA). In technical terms, banks can improve NPA ratios through cleaning the balance sheets and how do they do that, by writing-off bad and doubtful assets.