A certain Sonam Gupta seems to have taken the internet by a storm (probably without even realizing it) and it's spiraling out of control. Not that we’re complaining. If you find her trending on social media, don’t be surprised. That’s the power of a broken heart. People are writing ‘Sonam Gupta Bewafa Hai’ on Indian currency because that’s how we Indians deal with heartbreak. Whoever started this chain deserves a goddamn award because this is my current favourite thing on the internet.

It all started a few months ago, with this picture of a dirty, old ten rupee note that probably belonged to a jilted lover. 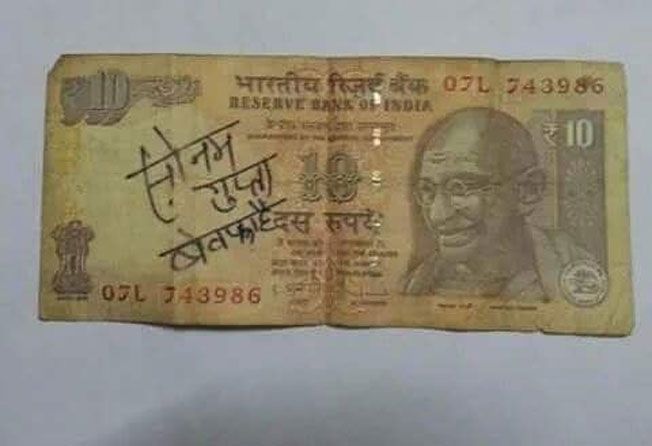 It was way more interesting than ordinary life, so people kinda played along.

I hate you bewafa sonam pic.twitter.com/jnZIGXI3oW

Played along to the extent that Sonam Gupta was declared Bewafa by UNESCO.

It obviously called for posters to be remade. 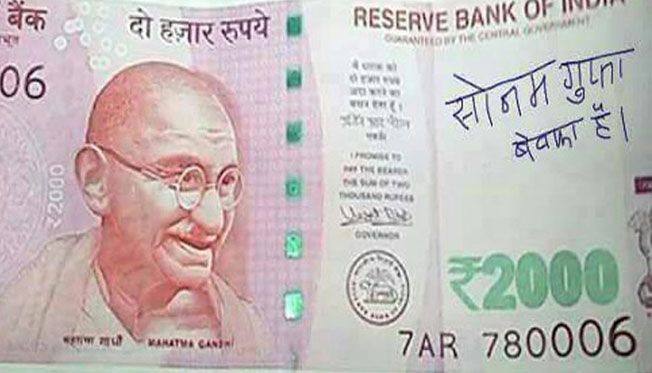 The world agreed in unison.

From Nepal to Singapore to America, Sonam Gupta has been declared international bewafa by UNESCO. pic.twitter.com/crEOs4h5kB

It soon became more important than the US Presidential Elections. So much so, that even Donald Trump couldn’t stop himself from tweeting about it. 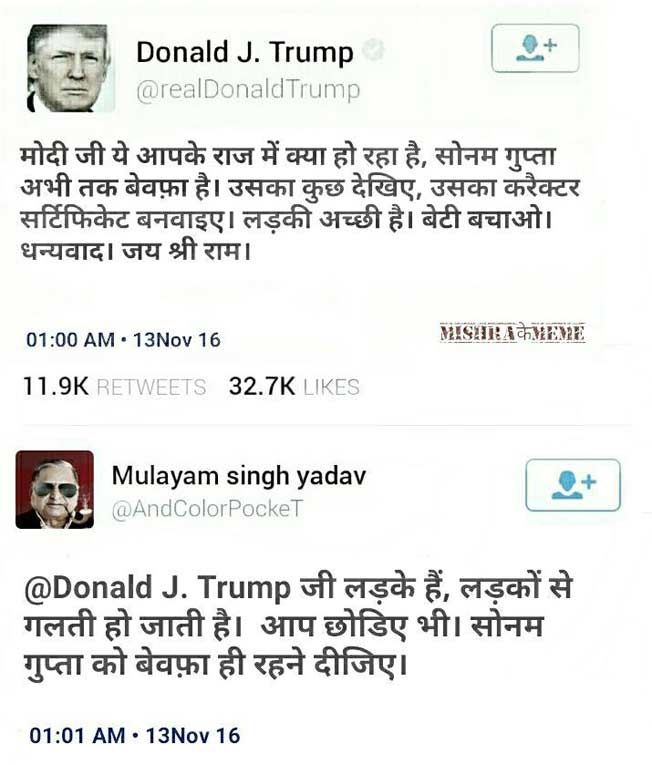 As you’d expect, Kejriwal had strategies. 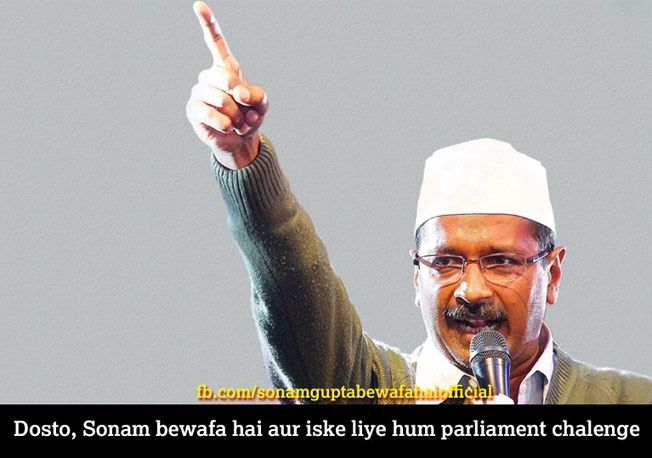 At last, she replied. 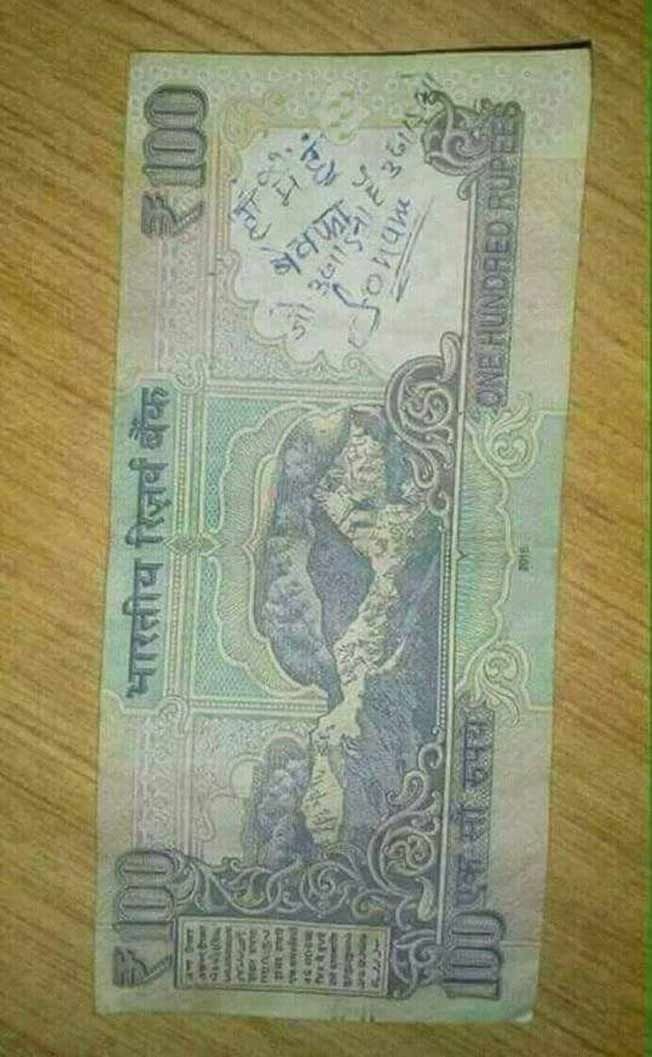 And…the internet waits in anticipation of what’s going to happen next.