There are people and then there are voices. Sometimes, you fall in love with people; sometimes with their voices. And then, there’s Jose Gonzalez. It’s easy to love this guy. Never mind if you’re a straight man. He’ll still get to you because he has that kind of voice. He’s the silent man’s aspirational man. You want to be this guy when he’s playing his guitar and singing with that voice that is undoubtedly going to make that woman swoon. Born in 1978, Gonzalez is an Argentinian-Swedish indie (http://www.mensxp.com/culture/music/32545-9-alternative-indie-bands-that-you-should-be-listening-to-right-now.html) folk musician who also has a band called Junip. He grew up listening to Latin folk and pop music, an undercurrent of which you will find in his music as well. You’ll also find a very close connection to a Coldplay number, or two. But, it’s still very distinctive of Gonzalez. The singer-songwriter is a fan of Bob Marley and Michael Jackson. 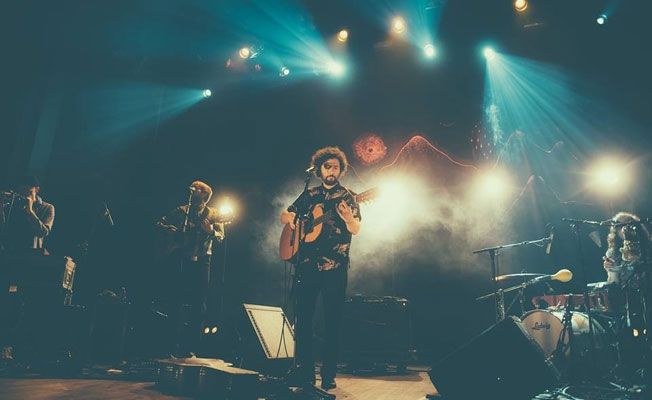 He released his first ever single in June 2003; it was a two-track 7” single. In October, he followed it up with his first album, Veneer in Europe and in 2005, it hit the UK. Some of his memorable hits have been Heartbeats, Stay Alive and Teardrop. Gonzalez’s trademark is his solo acoustic guitar music that really adds a whole new flavour to the music. His is the kind of music you can listen to on a rainy day, a long drive out to nowhere, or when you’re sitting with your group of mates enjoying a leisurely Sunday evening. It works like magic.

He appeared on Jimmy Kimmel Live! And his music has been background scores for popular shows like ‘Brothers and Sisters’ and ‘Bones’ and if you’ve seen ‘The Secret Life of Walter Mitty’, you’ll recognize Jose’s music, in a heartbeat.

The talented and world renowned musician is going to be performing at India’s very own Bacardi NH7 Weekender, Pune, coming December and it’s not worth missing for the world.