For everyone who has grown up watching World Wrestling Entertainment, it's a sad, sad day.

The Undertaker has finally retired after a long and enviable career as a professional wrestler and people are bidding farewell to the legend. 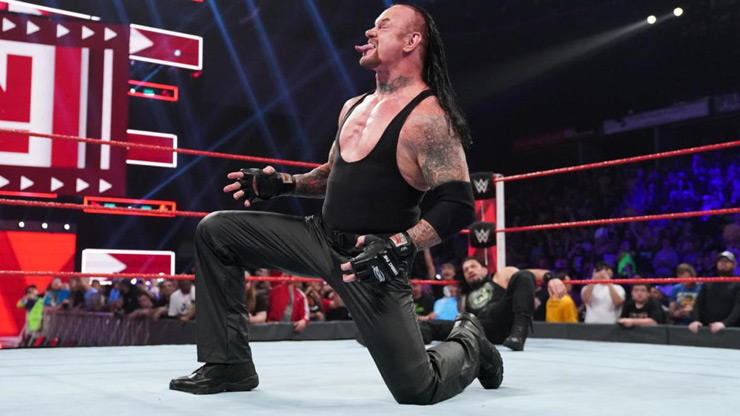 Mark William Calaway, better known as The Undertaker announced his retirement yesterday and since then, people have been feeling way too emotional about his departure from the sport.

"My time has come to let The @undertaker rest ... in ... peace." #SurvivorSeries #FarewellTaker #Undertaker30 pic.twitter.com/Mg9xr8GB94

A generation of people grew up watching WWE when it was actually WWF, and wrestling provided them with the perfect balance of violence and entertainment for everyone.

Some of these wrestlers were people's first heroes and it's hard to let that go.

— Undertaker (@undertaker) November 23, 2020 Thanking him for all the memories over the years, people are saying bye to him.

Thank You for giving us 30 Years of Greatness. Of course not only the greatest wrestling character and performer, but the greatest Man in Entertainment history, #ThankYouTaker. pic.twitter.com/VFMMSYyTVz

Did you really thought Undertaker was dead in a coffin and then he came out of the dead just to strangle a wrestler? Or when a couple decided in the ring who will have the cutody of their baby? Really? LUL

Thank you @undertaker for making our childhood awesome 🥰 sir you are the true gem of entertainment we wish you good and healthy future ahead #ThankYouTaker love you sir always 🥰 https://t.co/Yi49wzX39E

He was one of the big reasons I liked and preferred wearing black or dark colored clothing... https://t.co/aYo70w9ZJh

30yrs ago today, he made his iconic #SurvivorSeries debut.
Like EVERYONE - I was in awe as a rookie in the @WWE when his first words pierced my soul as he walked in the dressing room and said, “Muthafucka” True story
Honored to share the ring w you, my brother. #ThankYouTaker pic.twitter.com/ULlppOQlCa

This picture will go down in the history books. This is a legacy. This is respect. This is honor. This is loyalty. This is love. This is passion. This is the Phenom. This is the Deadman. This is The Undertaker. #ThankYouTaker #Undertaker30 #SurvivorSeries pic.twitter.com/jDzJ5XN7t1