What do you get when you combine one of the most decorated clubs in the English Premier League, one of the best managers in the world, and arguably the best striker in the world? A Premier League title, that’s for sure, right? If the last couple of weeks are anything to go by, it didn't seem so.

Manchester United returned to their winning ways yesterday with a 3-1 victory over Swansea at the Liberty Stadium.

Zlatan and Paul Pogba were two of the biggest signings for the Reds last summer and both players were on the score sheet this time around. Pogba netted the first with a stunning strike while Zlatan scored two goals to help the Red Devils pick up all three points. 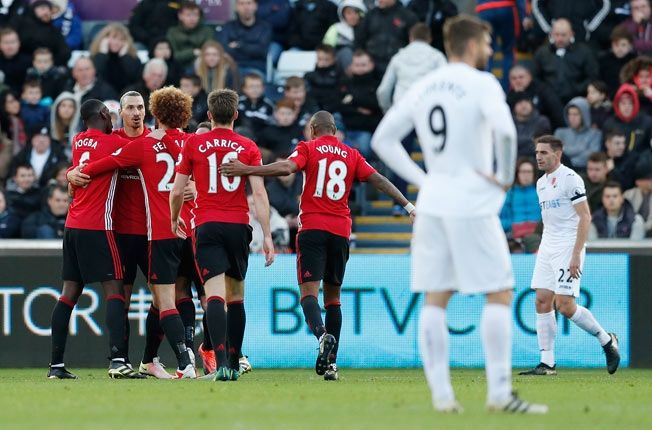 But, even though Pogba's volley was remarkable, it was both of Zlatan's goals which set important milestones. The first marked the 25,000th goal in the Premier League. He's barely been a part of the Premier League for half a season and his name will already go down in history. That's Zlatan for you.

The second goal was more of a personal achievement. It was his 400th senior club goal.

This ends the goal drought for Zlatan in the Premier League, and hopefully, we're going to see many more records being broken by THOR (Yup, that's what Pogba calls him.).