Bhumi Pednekar has always been vocal about her opinions and it was no exception when she recently went on air with Neha Dhupia on her chat show, No Filter Neha. On Neha Dhupia’s podcast, Bhumi took Ranveer’s name when asked to suggest an actor who would make for a good ‘sex upchaar doctor’. She also added, ‘I think he will have some great hacks.’ Given Ranveer's association with a popular condom brand in the past, it's not too difficult to put two and two together. 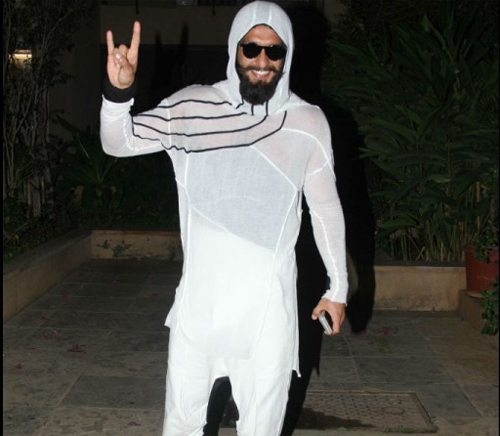 Bhumi also talked about auditioning Ranveer for Band Baaja Baaraat when she was a casting director. “I’m actually in the audition, it’s on YouTube. It was great fun yaar, his energy was just amazing, I was blown away. I was so intimidated by him because I was like, my god what a fantastic actor and what energy. From whatever I’ve heard from Shanoo (Sharma, casting director at Yash Raj Films), he is as authentic as it gets.”

On the work front, Bhumi was recently seen in the Netflix original film Dolly Kitty Aur Woh Chamakte Sitare. The film has been directed by Alankrita Srivastava and also stars Konkona Sen Sharma. The two actresses play sisters in the film.

View this post on InstagramKitty,thinking about her 1st cheque from Red Rose Romance App & how she will spend it 😌 . . . #dollykittyA post shared by (@bhumipednekar)

In an interview with Film Companion, Bhumi made a very strong statement and said, “There are such few stories told around women or about women that Konkona and I have tried, as much as possible, to support cinema that tells strong stories. I hate the tag of ‘women-oriented films’, we need to get rid of it. A film is a film, you watch it because it entertains you, it excites you and it hopefully makes your experience memorable.”

Have you seen the movie?