Ever since Prakash Jha’s OTT debut Aashram starring Bobby Deol was released, there has been a lot of buzz around it and people are mighty impressed by the actor’s performance.

This 9-episodic MX Original Series exposes the dark reality of the world of self-made godmen.

Aashram has been trending as it has become the most-watched show amid the lockdown and has brought in more than 250 million streams in the first 18 days of its release.

In an interview with Indian Express, Bobby said:

“The most attractive thing about Aashram was that it gave me a chance to work with Prakash Ji (director Prakash Jha). All these years, I had been watching his movies, waiting to work with him one day. I was so excited the day he called me to his office, and when he narrated the idea to me, I was like ‘wow’. I was amazed because as an actor, I am always trying to look for different kinds of characters to play, and it is not easy to catch hold of good parts. The last project that I did for an OTT platform, I was not the first choice. But for this project, I was happy to hear that I was Prakash Ji's first choice.”

Bobby’s performance as Kashipur Waale Baba Nirala is gripping to the core and here are 5 reasons why we think it’s his best performance, by far. 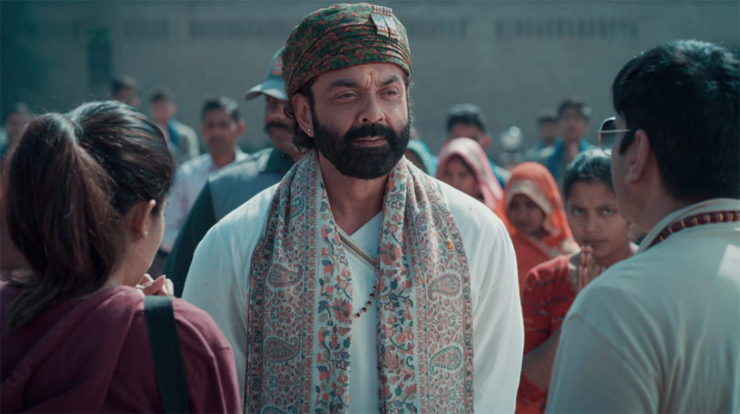 It’s not an easy task to keep people hooked to your show as OTT platforms have a buffet of options available to cater to the needs of the audience.

Bobby, through his hyper-realistic acting, made sure that people binge-watch the show. His ability to convince people that he is deceptively dangerous, cunning and truly evil is what took this show to the next level.